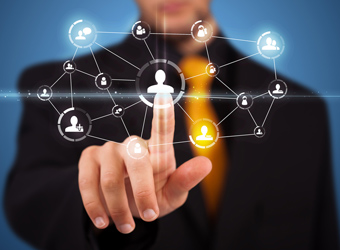 The next wave of retailing is localisation and tighter tailoring of range to individual communities, according to CEO of digital agency Salmat, Grant Harrod.

Harrod’s comments come as figures for April’s retail trade emerge, showing a decline among traditional retailers of 0.2% month on month and a slowdown in the growth of online trade, albeit to a still considerable level of growth.

While the figures point to a continuing reticence to spend and the impact of the structural shift on offline retail, Harrod told members of the press at an event in Sydney that the ability of digital communication and ecommerce to provide localised offers could be the saviour of bricks-and-mortar operations.

“The next wave of retailing will be around this notion of localisation and re-establishment back with community that can be achieved using an omnichannel approach,” Harrod said.

Using digital methods to maintain a relationship with customers, target deals based on interests, buying behaviour and location, offer dynamic pricing to reward loyalty and select ranging to suit individual communities of shoppers could be a ‘fight back strategy’ for bricks-and-mortar, Harrod explained.

Women’s fitness and leisurewear brand Lorna Jane has embarked on the beginning of a localised strategy, by maintaining Facebook pages for each of its 131 retail stores. The intent is to build a community around each local store in order to offer customers as close to what they want as possible.

Sharing the brand’s experience with social media, its digital strategist Sam Zivot said online sales were now equivalent to the sales of 20 of its bricks-and-mortar stores, with 10% of conversions coming from Facebook. The brand has experienced a 300% increase in web traffic and 400% lift in online sales over the past 18 months, and intends to expand into the US with a localised website and distribution centre in the coming months.

While today’s ABS figures show a 0.2% decline on March, April’s spend represents a 2.4% year-on-year increase. However, this increase is being driven by food retailing, up 3.6% year on year, cafes, restaurants and takeaway, up 8% and other retailing, up 2.8%. Discretionary spend sectors of clothing and footwear, department stores and household goods dropped by 1.5%, 3.1% and 0.8% year on year respectively.