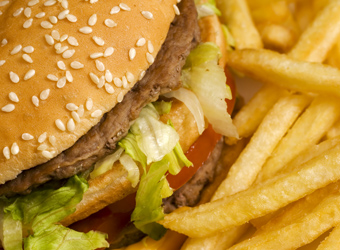 Junk food advertising is not contributing to obesity levels among children in the minds of Australian parents who believe they’re not influenced by ads in making dietary choices for their children.

A study into the attitudes of parents, conducted by Ipsos for the Australian Association of National Advertisers (AANA) in April 2012, found that 70% of parents believe advertising has no influence over their food and beverage purchase decisions.

“We know parents are clearly concerned about the effect advertising may have on their children and that is why advertisers need to be conscious of their commitments to only advertise healthier food choices to children,” McClellan adds. The AANA has two codes of conduct relevant to food advertising to children – the Code of Advertising & Marketing Communications to Children and AANA Food and Beverage Advertising Code.

Almost three quarters of parents surveyed believe that 60% or more of Australians are overweight. This correlates closely with the Australian Bureau of Statistics (ABS) National Health Survey 2007-08 data, which showed that the proportion of Australian adults who were overweight or obese was 61%.

Tags:
Previous Article
Horrific video shocks women about dangers of make up
Next Article
How to alienate your audience in one easy step