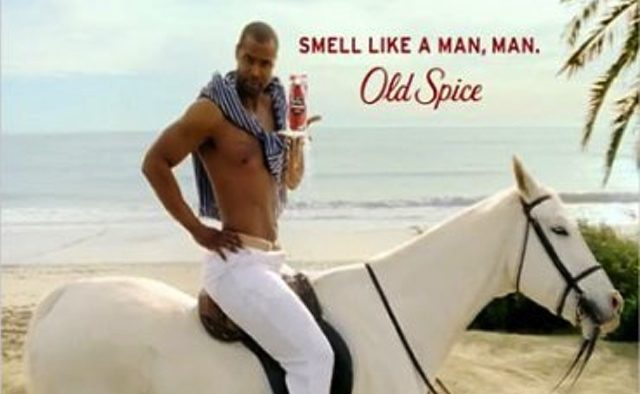 “In the digital space, with things like Facebook and Google and others, we find that the return on investment of the advertising, when properly designed, when the big idea is there, can be much more efficient. One example is ourOld Spicecampaign, where we had 1.8 billion free impressions.”

Those are the words of Robert McDonald, CEO of Proctor & Gamble (P&G) on Friday, in a Q&A session following the consumer goods giant’s quarterly earnings call. Minutes later, CFO Jon Moeller announced that 1600 of the company’s non-manufacturing jobs will be cut in an effort to reduce costs.

Spending nearly $10 billion a year on TV, print and online advertising, P&G is the world’s largest marketer. Its spend rose 24% over the two years to October 2011, while sales over the same period rose only 6%. At the time, Business Insider’s Jim Edwards called it, “a healthy sales increase based on an unhealthy increase in ad spending.” That is, a 6% rise in sales is nice, but the massive ad budget has been hurting margins. In an article posted yesterday, Edwards is scathing of McDonald, dryly congratulating him for ‘discovering’ online media to be free (never mind that the Old Spice campaign included massive accompanying TV spends, production and talent costs and forests of buy-one-get-one free coupons).

Moeller calls it an ‘enrolment reduction’ that will save the company US$250 million and affect 3% of its 50,000 overhead (sales, general and administration) staff. Some of the jobs to be cut will include marketers, and will be achieved through attrition, selective hiring and restructuring, possibly involving a previously-announced move to outsource the in-store merchandising work of 2700 employees.

A spokesperson for P&G’s Australian operations tells Marketing the cuts are part of the company’s continual restructuring efforts, but couldn’t say whether it meant local marketing jobs would be affected. “In Australia we have roughly 400 employees across all business functions. Regarding the organisation redesign work, this is a global program involving just 3% of our non-manufacturing roles. At this stage, we cannot tell you how it impacts a specific country,” says the spokesperson.

P&G now hopes margins will be relieved by the relatively cheap world of digital marketing, but some have been seeing the clouds gathering for months. Back in October Edwards wrote, “The overall picture is of a company that is out of control, addicted to advertising budget increases, that lacks discipline and is kidding itself it is healthy because it is getting higher prices for its brands.

“It’s brute force. At some point, even McDonald will have to admit this is unsustainable and a pullback will be warranted.”

Looks like it’s back to the football field for Isaiah Mustafa and off to the glue factory for Snowflake.