After a solitary Silver in the Press category at last year’s Cannes Lions International Festival of Creativity, Australian entrants have picked up four awards including two Gold Lions overnight, but it was a message of love between heads of state that took the global top honour.

The Grand Prix went to the Palestine-Israel execution (below) from the ‘Unhate’ campaign for United Colors of Benetton by Fabrica Teviso, depicting Palestinian President Mahmoud Abbas and the Israeli Prime Minister Benjamin Netanyahu kissing.

The 12 Aussie executions nominated resulted in four awards, with Gold Lions going to Clemenger BBDO Melbourne for its work for Carlton and United Breweries, and DDB Sydney for its work for Volkswagen. 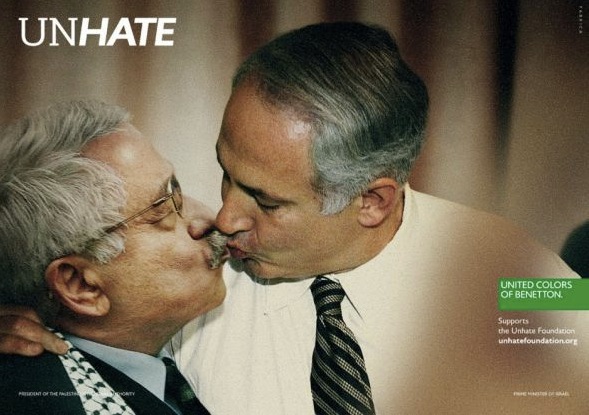