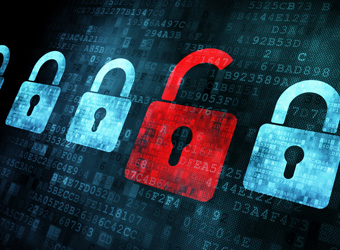 Proposed prohibitions on direct marketing and mandatory opt-outs in all marketing messages including social media posts have been dropped from the Federal Government’s new privacy bill which is set to be approved this week.

However, despite the last minute changes the Association for Data-Driven Marketing and Advertising (ADMA) still has concerns that the new privacy laws will be an impediment to the digital economy and fail to keep up with the rapid rate of change facing the industry.

The new Australian privacy law is set to be approved by parliament before the end of the week and adopted by the end of the year, introducing significant changes to the way marketers and advertisers can use personal data.

On the eve of its approval, the Government has made some last minute changes to the proposed laws, addressing concerns raised by the industry, including:

Along with the Interactive Advertising Bureau (IAB) and other members of the industry, ADMA has been lobbying government to ensure that its new privacy act, which is now over six years in the making, does not introduce unnecessary restrictions on marketers. One of the key concerns for the IAB, which has set up a regulatory affairs council, was the limitations the prohibition on direct marketing would impose on the use of data for behavioural targeting in online advertising.

Director of regulatory affairs at the IAB, Samantha Yorke, says the last minute changes will also mean that the industry will be able to develop self-regulatory codes for online advertising in conjunction with the Government’s privacy officer.

Ask Sam: Marketing has set up an open line to Samantha Yorke at the IAB for questions about regulatory issues affecting online advertising including self regulation, privacy, behavioural targeting, advertising standards and media convergence.

CEO of ADMA, Jodie Sangster, raised concerns earlier in the year that the legislation was “designed for the last decade and includes restrictions that will hinder the ability for Australia to build a digital economy and compete in the global market place”.

“Technology is moving at such a rapid rate that we need to ensure we have legislation that will see us into the future,” Sangster said. “We need legislation that recognises the fresh and innovative ways that the digital economy can both protect the consumer and allow businesses to innovate, understand their customers and deliver on their expectations and needs. This bill doesn’t deliver either.”

The last minute changes also look set to give organisations 15 months to comply with the new law rather than the previously proposed 9 months.

On its website, ADMA announced it was “pleased that the immediate issues facing marketers and advertisers have been addressed but remains concerned that the legislation is not designed to take Australia forward into the new data-driven digital economy”.

ADMA will produce a bulletin once the legislation has been approved which will provide further details on the new privacy law.