Qantas has launched a new social media campaign that it hopes will encourage Qantas passengers to get creative while they travel. Regular readers will be aware of Qantas’ past misfortunes on the social web, but the digital team is surely better equipped this time around, so hopefully the campaign will go off with a bit less buzz for the wrong reasons.

The collaboration with Australian freelance typographer Gemma O’Brien encourages Qantas customers to join the movement by creating their own travel art using the inflight bag (aka the one for vomiting) in their seat pocket, napkin or boarding pass and sharing via social media using #qantasblankcanvas.

The inflight bag became the canvas for O’Brien on a Qantas flight last year from Sydney to Wellington. Gemma created hand-drawn pen and ink designs to pass the time, while exploring her creative limits within the constraints of the flight time.

Since then, O’Brien has produced a series of custom designed bags inspired by her travels on Qantas, her latest artwork depicting New York, which will be exhibited throughout the Sydney Domestic Qantas Club starting this week.

Qantas head of digital and entertainment Jo Boundy said the campaign was about inspiring Qantas passengers to get in touch with their creative side while in the air.

“From boarding passes to inflight bags, napkins to luggage tags, we have a number of perfect blank canvases for passengers to create their own inflight art. This campaign encourages our customers to get creative at 30,000 feet and will showcase their inspiring works through social media to a global audience,” says Boundy.

“We’re pleased to be working with such a talented young artist and continue to support creative Australians in their artistic endeavours.”

The most creative entries submitted using #qantasblankcanvas will be selected and shared via Qantas’ Instagram channel every Friday in May and winners will receive a double Qantas Club pass.

Here’s a video of O’Brien getting creative. 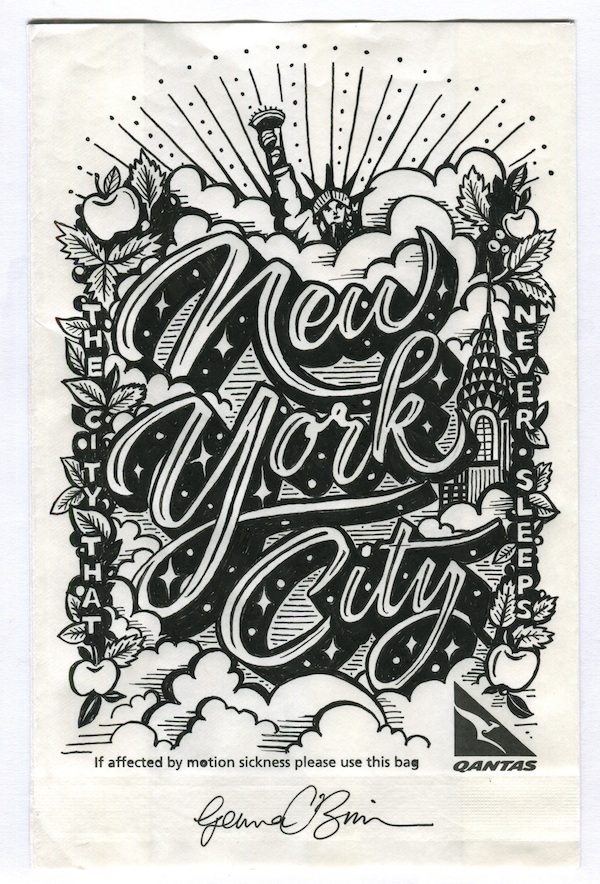 Tags:
Previous Article
Bendigo Bank repositions as ‘Bigger than a bank’
Next Article
Inside Vodafone’s mission to get back on Australia’s good side