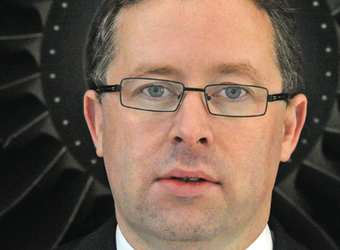 In this cross posting from The Conversation, Margaret McKenzie of Deakin University and Paul Gollan, Richard Holden, and Sinclair Davidson of RMIT University give their reaction to the release of Qantas’ financial results today.

Qantas will cut 5000 jobs, freeze wages of all staff, and sell or defer buying more than 50 aircraft in a bid to cut A$2 billion in costs.

The airline said the roles to be lost include 1500 management and non-operational roles, operational positions affected by fleet and network changes, and maintenance and catering roles lost as a result of the previously announced closure of the Avalon maintenance base and Adelaide catering centre.

Qantas today posted a pre-tax half-year loss of A$252 million, within forecasts, and amid what chief executive Alan Joyce has called “the toughest conditions Qantas has ever seen”.

Joyce said “comprehensive action would be taken” in response to the “unacceptable” result, but reiterated the airline was operating in a distorted market “which allows Virgin Australia to be majority-owned by three foreign government-backed airlines and yet retain access to Australian bilateral flying rights”.

Qantas has been in a capacity war with Virgin Australia on once profitable domestic routes, and today revealed its total domestic profit pool has shrunk from more than $A700 million in FY12 to less than $100 million in the first half of 2014.

Today, Joyce said Qantas was happy to compete “in any fair fight”, but that Virgin Australia was a competitor with foreign investors that were helping it to sustain losses.

Qantas has been seeking amendments to the Qantas Sale Act which, together with the Air Navigation Act, caps foreign ownership of Qantas at 49% and also means a single foreign entity can hold no more than 25% of the airline’s shares. Amending the Act has little support in the Parliament.

Qantas has also been seeking a debt guarantee from the government that would allow it to raise capital at a cheaper rate than its current junk credit rating allows.

Paul Gollan, Associate Dean of Research and Professor of Management at Macquarie University:

The real problem for the airline is the Qantas Sale Act and that’s unlikely to change in the near future, leaving the debt guarantee probably the only feasible option for them. For them to get that there needs to be a degree of political as well as popular support.

With such a massive restructuring, which British Airways did about a decade ago, without a very clear strategic direction on where they want to go and what sort of airline they want to be, it could create a series of issues for them in trying to retain good people.

If it’s not handled correctly a lot of the changes in the Act won’t occur. They wont get the political support because they haven’t got the popular support.

If I were Alan Joyce I would have taken the momentum of that period of the strike action and the shutdown to radically change Qantas. I’m not saying there hasn’t been cost cutting or a level of restructuring, it’s the major restructuring that has to be undertaken now when they knew many years ago this was going to be a major issue.

There is now a purpose and a role for a debt guarantee from the government for a limited time, after which there will be a very rigorous debate about the Qantas Sale Act. It belongs in the dustbin of 20 years ago, in order to get the playing field back into equilibrium with Virgin or any other airline that might emerge over coming years.

There needs to be an understanding that Qantas, though an Australian airline, is like any other company. It can go, but if you don’t want it to go then it will come at a cost of subsidising.

The government’s made it clear it won’t subsidise these sorts of companies, so the issue here is if the public and the politicians want the company to exist in its current form then some form of subsidy will need to be made over the medium to longer term.

The devil is in the detail. The results just announced have to be a consequence of poor management as well as the market failures typical of airlines. They should not be used by Qantas management to hold its employees or the Australian public to ransom.

By contrast Air New Zealand has announced a $140 million dollar profit. Virgin apparently has better pay and conditions for its staff now and yet maintains profitability nonetheless, covering routes where it’s competing with Qantas.

It appears that Qantas has loaded its losses on the Jetstar Asian routes into its international arm. It has also failed to exploit the economies of scale that existed in its business by splitting and ringfencing its services resulting in unnecessary duplication and inappropriate cross subsidy. At the same time it has cut ‘backroom’ staff upon whom safety and the quality of service depend.

If the government cuts Qantas loose by repealing the 49% limit to foreign ownership, any government stake in Qantas should cease then, including the proposal of a debt guarantee. The Australian public should accept that unlike many other countries it no longer has a national flagship carrier. Qantas workers would then be added to the long line of unemployment that this government is chalking up. This of course includes highly skilled and specialised workers who could be in marginal seats.

The strike last year did a good job of changing public perceptions of Qantas as the flagship anyway, as people switch their loyalties away. This was the fate of British Airways when Thatcher privatised it. If the government makes the call that Australia needs a national carrier as most countries have, then it needs to treat it as other countries do and take full control.

It may not be too late for Qantas, but at the moment it’s too little.

There’s a three-point test companies should think about when restructuring, given companies don’t restructure unless they are in serious trouble.

What are they doing about their financial state of affairs, their balance sheet and income statement? Looking at today’s announcement it’s all about that.

Yes they do need to cut costs, but what are they going to do to grow their revenue? Why should people fly with Qantas?

More or less the flying pubic are coming around to the idea that flying an airline is like catching a bus and you’re not going to pay too much for that.

Alan Joyce may have inherited these problems, but he’s the CEO now and the board has to take responsibility for it.

Some sort of short term debt guarantee while the government tries to modify the Qantas Sale Act is probably the solution we’re looking at.

I’d like to see something more concrete where the debt guarantee only lasts until the Qantas Sale Act is repealed, or for a fixed term.

Then to hammer it home to the people in the Parliament who don’t want to repeal the Qantas Sale Act that there are very real consequences for not doing so.

If people are choosing not to fly with Qantas they certainly don’t want to have their tax dollars propping it up.

If unions and management are smart they will work together proactively to ensure the company survives.

The rationale for supporting Qantas is two-fold.

For one, it’s not obvious that they’re playing in a level playing field market to start with, and secondly there are real positive externalities to what they do.

We’re a country the same size as the US on a continent level, but we’ve got 22 million people who need infrastructure to get around. In that sense it doesn’t matter who owns it but having a full service airline both domestically and internationally is a critical thing.

Virgin is an important part of that infrastructure, but given Qantas has two thirds of the market it needs to be there in some ways.

To me this is what’s different about Qantas – not just that it’s iconic but that it’s different to talking about car manufacturing or canning companies – they are just fundamentally different pieces of national infrastructure.

It’s hard to make the case that we need to manufacture cars, but we need to be able to travel around the country for various reasons that aren’t factored into price.

A debt guarantee would be a very helpful thing in combination with the very difficult restructuring measures Qantas has announced today. Qantas has got a lot of cash on its balance sheet which reduces the risk of default.

In terms of people who argue a government debt guarantee would distort the market, you’re putting in a distortion, but trying to remedy one that already exists.

Having shareholders who don’t necessarily ask for commercial returns is a distortion. It’s far from perfect to have a debt guarantee, but the idea of distorting the market forgets it’s a distorted marketplace in the first place.