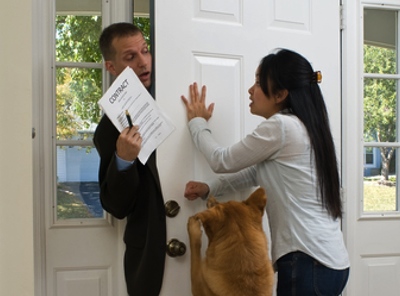 A new report on marketing performance has found that results across most communication channels, barring online and mobile, improved in 2011 but sales forces failed to convert the majority of prospects generated.

The findings, from the database* of global marketing tracking group, Fournaise, show an improvement in the prospect-generation effectiveness of traditional ads of 30% compared to 2010, with referrals (up 38%), direct marketing (up 35%), print (up 23%) and public relations (up 20%) performing particularly well.

However, online continued to slow down with a 10% year-on-year decline in prospect generation. Display ads (down 38%) and keywords (down 12%) both delivered declines in 2011.

Touted for years as the next big thing, mobile failed to live up to the hype, delivering virtually no growth (up 0.3%) in the number of prospects generated.

The findings also recorded that 90% of prospects captured by marketing were ‘engagement-ready’ and 10% were ‘sales-ready’, reflecting well on marketing effectiveness.

Results from the report did not reflect as glowingly on sales force performance, with findings stating that:

According to Jerome Fontaine, CEO and chief tracker at Fournaise, the key to increasing conversion rates is to better align marketing and sales processes.

“Given the tough economic environment, the key to solid business growth is to ensure that marketing and sales work as one single unit to be 100% aligned on the type of prospects they’re looking for, the follow-ups they should implement, the nurturing programs they should deploy, and have clarity over who is responsible for what parts of the nurturing and conversion process,” Fontaine says.

“We’ve performance-tracked that prospect conversion rates can be up to three times higher in organisations where marketing and sales are aligned compared to those where both groups work in silos and with different agendas.”

If you have any evidence to share about the effectiveness of either marketing or sales teams, leave a comment below.