Shoes of Prey named Australian Online Retailer of the Year

Shoes of Prey named Australian Online Retailer of the Year 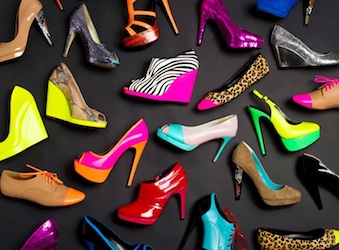 Online retailer, Shoes of Prey, have been named the inaugural winners of the Australian Retail Association’s 2013 Kogan Australian Online Retailer of the Year Award.

The company which was started by three friends Michael Fox, Jodie Fox and Michael Knapp in 2009, has been making a big waves in the retail world. The site allows women to design their own shoes and has seen women spend more than 60 million minutes designing tens of millions of shoes with the company boasting a 300% growth in 2012.

In a marketing stunt earlier this month. Shoes of Prey’s director of fashion, Jodie Fox, ran 3km in high heels for a promotional video.

The Kogan Australian Online Retailer of the Year was announced this morning in Melbourne by the peak industry body representing Australia’s $258 billion retail sector, the Australian Retailers Association.

Founder and CEO of Kogan.com, Ruslan Kogan, says, “Shoes of Prey have done an amazing job in the fashion industry, creating a truly global brand, and showing the world what Australians can do in the online retail space. They are exporting Aussie talent to the world, and doing a great job at it.”

Tags:
Previous Article
Online video is now mainstream to both Chinese consumers and marketers
Next Article
Budget for the unknown