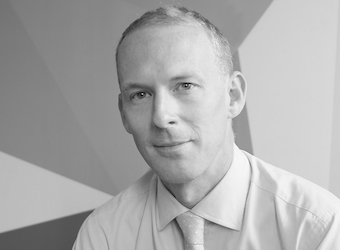 A few weeks ago, I had the opportunity to spend some time studying entrepreneurship at the University of San Francisco and immersing myself in the world of technology that is Silicon Valley.

It was eye opening in all the ways you might expect, plus some you might not – from trialling Google Glass to exiting through the Google gift shop. While it might once have been true to say that San Francisco is ’49 square miles surrounded by reality’, things are rapidly changing as the fantastic technologies created here become stark realities the world over in their various guises… Apple, Evernote, Facebook, Google, LinkedIn, Twitter, the list goes on.

For many of us, however, that’s not new news. So it was that I made my way to Silicon Valley – together with the rest of FutureBrand’s global leadership team – to find out what next.

What could these tech entrepreneurs tell us about the future? What had they discovered that we didn’t already know? And, perhaps most importantly, not what kept them up at night, but rather what was it that fuelled these dreams?

As it turns out, the good people of Silicon Valley are still grappling with many of these same questions themselves. In the words of one Google executive when responding to a question about Glass, “We only know where it is, we don’t yet know where it can go.”

What’s more, he then went on to say that the Glass Explorer program is not necessarily designed to test specific benefits, but rather to identify and understand what the benefits might be.

Talk about a loose response, and that’s exactly the point: it comes down to asking the right questions, and lots of them. And those entrepreneurs in Silicon Valley never stop asking questions.

The team at Twitter are a case in point: we learned how they run more than a hundred experiments at any give time on any given platform, constantly testing new ideas each and every week. Of course, not all those experiments succeed, some inevitably fail, but failure in entrepreneurial circles seems but one more step in the journey towards success. So much so that it’s instructive to think just how many mistakes may have helped create the successful technologies we now take for granted, however counterintuitive that might seem in the cut-and-thrust of the working week.

The lesson here for marketing lies in something quite different from the archetypal big idea that might take many weeks to conceptualise, let alone realise. On the contrary, experimentation is the name of the game, a constant barrage of questions, prototypes and versions from one week to the next.

So it is that we live in a world where the next version is never too far away, and it should come as no surprise that familiarity is quickly diminishing.

One of the stories shared to demonstrate this focused on how our relationships with the people and machines around us have changed fundamentally. When the Ansafone first entered the mainstream, many of us remember hearing people exclaim, ‘I don’t want to talk to a machine’, before indignantly hanging up. But now the reverse seems to be true as ATMs at the bank, self-service checkouts at the supermarket, and self-service check-ins at the airport all scream, ‘I don’t want to talk to a person.’

Familiarity has been flipped, and the impact of the digital realm on our lives has been so profound that it has changed our social values – people sharing photos of food via Instagram, too busy to share the experience with those across the table, and the relative near-term future envisioned in the TV series Black Mirror. Probe further, and you find that Moore’s Law, the dramatic increase in company mortality rates, and the simple fact that a more varied CV has become more desirable than a consistent one all point to the ways in which tenure is no longer what it once was.

These days, nothing lasts quite so long as it used to, and the case studies that used to point the way are out of date just as soon as they’ve been written. In fact, that’s pretty much the sales pitch for Silicon Valley start-up incubator, 500 Start-Ups. Would you rather spend the money on attending business school and read case studies, or on starting up your own venture and create new ones?

Given what’s at stake, it’s an intriguing question. It’s a poignant one too in light of our penchant in the marketing industry for reference and precedent to pave the way for new ideas. As familiarity continues to diminish, not only will we need to rely on greater experimentation and rapid evaluation, but also marketing will need to find new ways of expression to avoid becoming a mirror of itself. Technology affords one avenue to follow on this journey into the unfamiliar, but marketing will need to take a firm hold of the reins or run the risk of simply getting dragged along for the ride.

In response to these societal changes, the types of marketing functions we need are also changing, as well as the ways in which they integrate with other departments and organisations.

One way in which they were described was to compare these functions to a vending machine, distributing new ideas but from within a fixed range of parameters – an evolutionary step, so to speak, from Henry Ford’s famous promise to offer cars in any colour as long as that colour was black. Specifically regarding governments, although not exclusively so, we learned about what happens when this model falls short of expectations:  “We pay our taxes; we get back services. And when we don’t get what we expect, our ‘participation’ is limited to protest – essentially, shaking the vending machine”.

Stories from Google, IDEO, Xerox’s PARC and countless others all indicate the ways in which ideas are far more a case of interactions, and rarely the output of a lone genius working in isolation. Indeed, somewhat further afield from Silicon Valley – Minnesota, to be precise – 3M are known to describe themselves as “a bunch of ideas” (rather than a bunch of people).

Now more than ever, participation is pivotal. To quote Simon Sinek: “Our intelligence gives us ideas and instructions. But it is our ability to cooperate that actually helps us get those things done. Nothing of real value on this Earth was built by one person without the help of others… It is clear that the more others want to help us, the more we can achieve”.

It’s time to veto the vending machine and embrace collaboration in whatever form best suits, whether those collaborators come from other teams, other departments or even other organisations. Indeed, Google is another case in point in so far as its top five customers are also its top five competitors – an extreme case for now, but a sure sign of things to come.

Whatever the future may hold, there are clues to be found among these entrepreneurial firms on the frontier. My own time in Silicon Valley sped past in a haze of information and ideas, and still now I’m reflecting on a few highlights from those Silicon dreams.

Firstly, as brand and marketing experts, it’s vital that we allow ourselves the opportunity to experiment. Not simply tinker with a known formula, but try something different and discover something new. It’s not enough to experiment once and get cold feet, rather it’s a strategic choice with insight and learning at the heart of every iteration. If we’re not failing, then let’s try harder.

Experimentation is key to pushing the boundaries of marketing as we know it, and – secondly – that goes hand in hand with the need for us to pioneer our own industry rather than have someone do it for us.

If we’re not careful, we run the risk of getting overrun by the promise of data and digital and technology and whatever other tools might come next in the rush for the new frontier. Pioneer we must, who knows what we’ll find?

However – thirdly – the need to pioneer does not exclude the opportunity to partner. In fact, it’s a fundamental aspect of our human nature to cooperate in our endeavours, and so reap the rewards of  not only what we discover but also the warm feeling inside we get from discovering it together. This is the inverse of the vitriolic anonymous blog post, that utterly unhelpful blight on our industry, this is about how we band together to solve problems whose solutions have escaped us so far.

In short, we must experiment, pioneer, partner.

But it’s not what next? It’s what’s now.

Richard Curtis is chief executive officer of FutureBrand Australia, at which he spearheads the company's belief in building brands that drive business growth – because we don’t simply enter the future, we create it.

Previous Article
What Eurovision 2014 looked like on Twitter
Next Article
Our 5 favourite clips from The B2B Lab: personas, cars and the best (and worst) in B2B comms