Study: 90% of iPad ads are print replicas, fail to use interactivity

Study: 90% of iPad ads are print replicas, fail to use interactivity

Early adopters of tablet advertising are failing to make use of the medium’s interactive abilities and few are taking into account the impact of orientation changes between portrait and landscape, according to an analysis of magazine app ads conducted in the US.

The research, conducted by Kantar Media, found that the majority of the tablet magazine ads are near replicas of their print counterparts, and many are not tailored for orientation changes, rendering them less effective when the tablet is rotated.

Kantar Media monitored around 150 magazines, selected based on top print revenue, top digital spend, and top grossing magazine iTunes apps, since November 2011 and conducted an analysis on magazine ads that ran throughout January 2012 and February 2012 in a subset of 52 publications. As of February 2012, 110 of the top publishers analysed had an iPad app, 65 of which had iPad-specific editions with exclusive digital content.

In an indictment on the creative industry’s innovativeness, the analysis found that most ads did not take advantage of the iPad’s interactivity, being ads that were originally print edition creative repurposed for tablets. Only a handful of the ads examined made use of animations or advanced interactive features, other than links to the advertisers’ websites or social media pages. Those that did were primarily found in publications such as Wired or Popular Science that target a more tech-savvy audience.

Furthermore, few advertisers took orientation change into account, with the majority of ads containing the same product, text and images, with only slight variations in positioning and cropping when the tablet was rotated. In some cases the reader was required to scroll or swipe to view the full ad. The ability for advertisers to tailor ads for the orientation was diminished however by the fact that over half of the iPad apps analysed did not provide both portrait and landscape options for the creative. 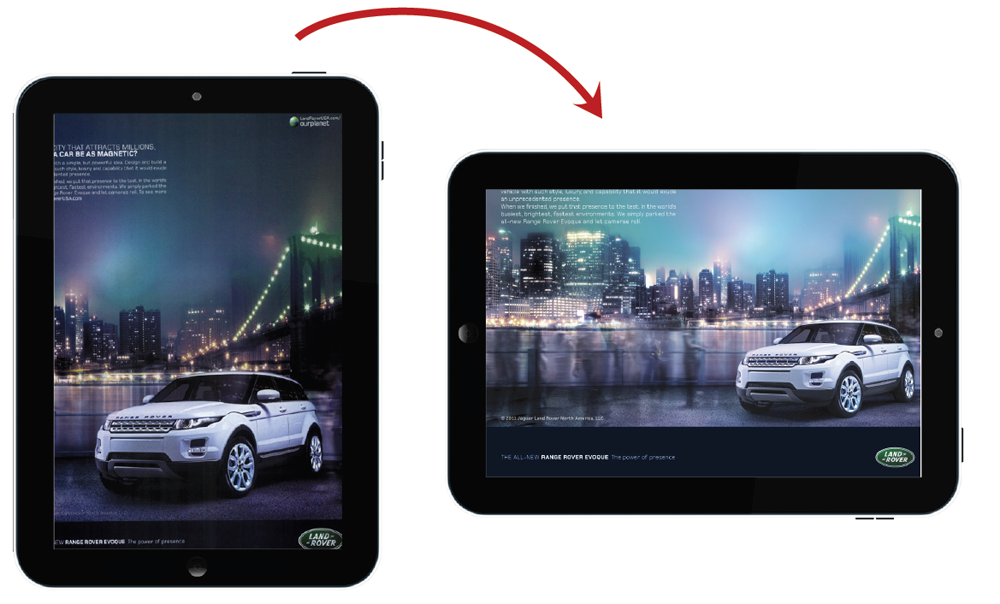 The report gives Honda’s CR-V ad, which changes its headline, background artwork and product shot when the iPad is rotated, as an example of tailoring to orientation change. 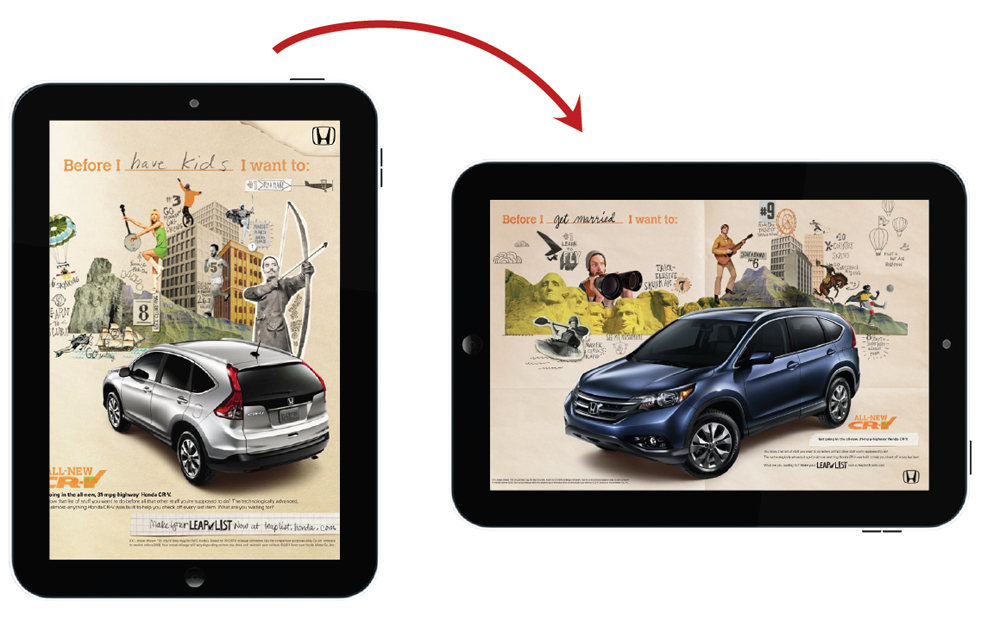 Some advertisers however are taking full advantage of the tablet format, with a small group of ads containing overlays to view additional information. Converse’s ads below included two calls to action: a tap for product details and a shop now step which redirected users to a Bloomingdale’s shopping page.

There were a limited number of ads containing interactive games or digital video, with notable exceptions from American Airlines, which ran an ad containing a link to a digital video in Wired Magazine’s tablet app, Tic Tac which ran an ad where music plays when the user shakes the iPad. and Scion, which ran an execution also in Wired’s app that allowed readers to access image galleries, video, animation and movement-based features. 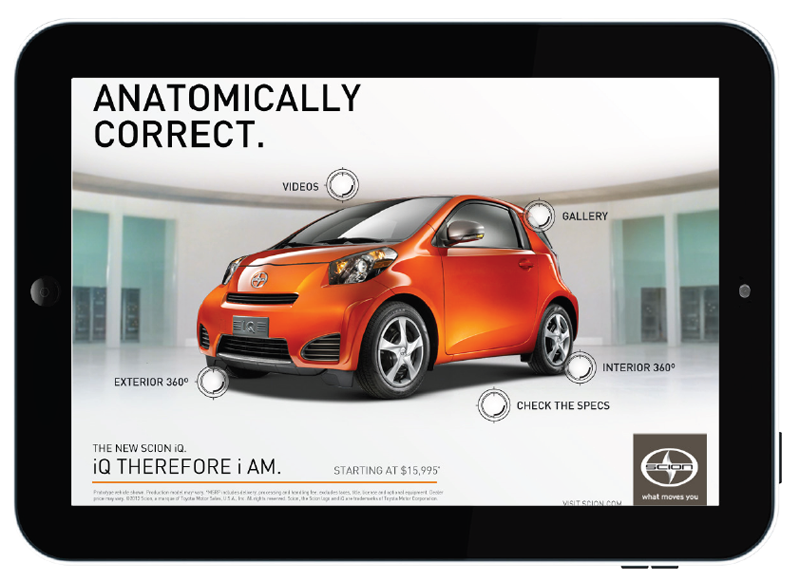 The analysis also found that more than 90% of tablet advertisers were current print advertisers with the publication, presumably as publishers take new ideas to existing customers. The report reads, “We interpret this high duplication rate as the established base of print edition advertisers serving as low hanging fruit for initial experiments.”

Tablet uptake is on a steep curve in Australia, predicted to reach 39% of the households by the end of the year according to Nielsen, and is generating growing interest among advertisers as a serious platform for reaching consumers.