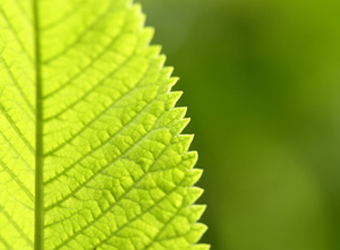 By Carol Adams, director at Integrated Horizons, a part-time professor at Monash University and co-author of Accountability, Social Responsibility and Sustainability to be published in January.

This week has seen the launch of two significant reports, the ‘International IR Framework‘ and KPMG’s ‘Survey of Corporate Responsibility Reporting 2013‘. The Framework marks a paradigm shift in ‘corporate’ reporting and the KPMG Survey signals that the world is ready for it.

Together they bring a real sense that business and accounting is changing. Integrated Reporting, important as it is, is an outcome of a different approach to thinking about performance and, at best, a different way of doing business.

The process of change through reporting began with sustainability reporting, where from early green wash and just plain lies, a few major corporations have emerged as leaders in not just doing good, but being good – for people, planet and ultimately their shareholders. Integrated reporting will take these changes further as accountants start to grapple with, amongst other things, the value of nature to business. Who would have thought it?

KPMG’s work shows that there has been a significant growth in sustainability reporting in emerging economies and in the Asia Pacific region. KPMG have completed eight world-wide surveys of Corporate Responsibility (CR) Reporting (also known as Corporate Social Reporting and, most commonly, Sustainability Reporting) in 20 years. The 2013 survey looks at the 100 largest companies by revenue in 41 countries and specifically at the global top 250 companies (the G250).

A quality report should disclose the process of engaging with stakeholders, determining material issues and managing sustainability in the supply chain. It should have time bound targets and we will see increasing disclosure of strategy and context as reporting is influenced by the International Framework.

The KPMG criteria for measuring the quality of the G250 reports fall into seven categories: strategy, risk and opportunity; materiality; targets and indicators; suppliers and the value chain; stakeholder engagement; governance of CR; transparency and balance.

The lowest level of disclosures were of suppliers and the value chain, something which is likely to change given the number of recent examples of the lack of performance management of social responsibility/sustainability coming back to bite companies. Improvements also need to be made in reporting of engaging with stakeholders and determining materiality (that is, the fair presentation of a company’s performance or financial position).

Still, 13% of the world’s largest 250 companies do not yet report any sustainability targets. However, the percentage of companies referring to the GRI Reporting Guidelines (which have focussed primarily on historical performance) has increased by 9% since 2011 to 78%.

The proportion of the G250 companies that have their sustainability reports externally assured is now 59% – up from 46% in 2011.

The leading companies in sustainability reporting are predominantly European. Of the top ten scoring reports on quality, seven are from companies based in Europe and three in the United States.

Mark Joiner, NAB’s outgoing CFO, is convinced of the need for change:

There is a paradigm shift between the way my generation thought about business and the new generation coming through. They think more carefully about who they work for. They don’t want to work for companies that do good things, they want to work for companies that do good.The emergence of social enterprise is changing business models. It is attractive to talent and customers. You can no longer think about returns to financial capital.

An organisation cannot fully understand its business model and tell its value creation story without understanding its sustainability performance or engaging stakeholders in determining material issues. Some organisations are already extending these processes to involve senior management and consider broader contextual issues – the beginnings of integrated thinking.

Tags:
Previous Article
Slideshow: 20 expert predictions for digital marketing in 2014
Next Article
What’s inside the December/January issue of Marketing