This post is a follow-up by Dr Jana Bowden to her recent post investigating banking satisfaction scores, based on her research at Macquarie University. In this article, she further discusses the truth about customer satisfaction with banks. 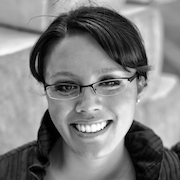 Despite banks advertising claims that they are about “More give, less take”, that “We live in your world”, and that they “Can”. Any basic ‘pub test’ of these claims would demonstrate that this is untrue. The reality is that they don’t meet customers’ service expectations, the customer experience doesn’t live up to the reality, and the yet the banks continue to boast about their apparently highly satisfied customer base. Not only have bank boards deluded themselves that these satisfaction scores are a key performance indicator, but they’re also conning the public into thinking that they are delivering on an outstanding service experience.

So what’s going on with these inflated satisfaction scores? Does satisfaction measure real customer engagement or are our instincts that something is wrong, in fact, right?

Our recent research which explored customer engagement and disengagement across a range of service sectors and which was published in this month’s edition of the Journal of Marketing Management, tells us that 82% satisfaction doesn’t mean that banking customers are resolutely committed. In fact 82% satisfaction does not represent anything near deep, unwavering consumer loyalty since satisfaction is not the same as measuring strong consumer engagement. Satisfaction is only the baseline starting point in the consumer banking experience. It isn’t anywhere near the whole story. More holistic customer experience approaches are needed to create a deep understanding of the consumer as well as a real consumer connection.

Satisfaction as a standalone measure is essentially about ensuring that a customer’s most basic service expectations are met. Satisfaction with your bank doesn’t mean that you are engaged with your bank, nor does it mean that you are married to the brand or the services that it offers. In fact in the academic marketing literature, ‘loyalty’ with banks has more to do with switching costs and customer inertia than any affective commitment. In other words customers don’t tend to stay with their bank out of love, they stay because they feel that it is time consuming, difficult and risky to switch.

Satisfaction is typically measured on a five-point Likert scale from ‘very dissatisfied’ (one) to ‘very satisfied’ (five). A four, or ‘fairly satisfied’ on this scale, places customers within what we call the ‘zone of Indifference’. In other words, this point on the scale means that consumers aren’t committed to the brand, and have a high likelihood of defecting from it. Harvard Business wrote on this and found that those scoring a five on the satisfaction scale were six times more likely to demonstrate loyalty through repurchase than those indicating a four, or ‘fairly satisfied’. Simply put, the academic literature has comprehensively concluded that ‘fairly satisfied’ is not the same as ‘very satisfied’. It follows that the only acid test in satisfaction measurement is the number of customers scoring a five on the satisfaction scale.

But, what the satisfaction pollsters and their banks don’t tell you is that to get to a satisfaction measure of 82%, they couple together the fives (very satisfied) with the fours (fairly satisfied) for a composite score – an undeniable flaw in their reporting of consumer sentiment. In other words, they are in effect combining people who are indifferent about the brand with those who are apparently happy with it. Despite 82% sounding great, what this actually means is that depending on the percentage of customers falling into the two categories, you might have extremely weak satisfaction and very high levels of spurious or false loyalty. In fact, those scoring in the ‘very satisfied’ category five might only represent a small portion of the 82% satisfaction. These ‘true’ satisfaction scores in comparison are likely to be appallingly low in comparison, but they do reflect the actual level of customer satisfaction (and the reality), and not the inflated level that the polls and the banks report. They are also a much better reflection of the bank satisfaction ‘pub test’ than any inflated 82% satisfaction figure. Rather ironically, Roy Morgan’s industry communications director, Norman Morris, has himself said, “It is essential they also focus on customers being ‘very satisfied’, not just ‘fairly satisfied’”.

The upshot is that these satisfaction scores do not capture real customer engagement. The research is quite clear that engagement is much more than mere satisfaction; it is a complex multi-dimensional mixture of a customers’ cognitive, emotional and behavioural dimensions of an experience that focuses on how each interaction with the brand – be it in-store, online, via advertising etcetera – subsequently shapes, and redefines those customers’ perceptions of their brand relationship. In other words, engagement is to do with how customers co-create their experiences, and the way in which they participate in the creation of the service and the brand experience itself.

Why the continued reliance on inaccurate and inflated satisfaction scores?

Including scores of four, or ‘Fairly satisfied’ (and in reality, indifferent) in the final reporting of overall customer satisfaction leads to a gross inflation of these scores. It also results in misleading statistics. This makes the banks (and the sector as a whole) look very respectable. Banks can then argue (as they do endlessly), that their customers are very happy, satisfied and engaged with their services. As a result, despite this reliance on questionable methodologies and metrics, banking executives are being paid huge bonuses to focus on increasing customer ‘satisfaction’. For example, a quarter of senior executives’ long-term bonuses at the Commonwealth Bank are reportedly determined by customer satisfaction rankings, and these are then also tied to shorter-term bonuses. The potential risk with such large performance bonuses being tied to satisfaction is that they might potentially encourage executives to focus on strategies that increase satisfaction score performance in the short-term at the expense of focusing on more holistic and accurate measures of the health of the consumer-brand relationship. These limited satisfaction measures, along with minor increases in satisfaction performance might then be used to justify performance (and the allocation of future resources) – all at the expense of a deep understanding of the reality of the total customer experience and real customer engagement.

The problem for brands that fall into the utilitarian, transactional service category (i.e. banks and telcos), as opposed to the more participative and experiential categories (i.e. hospitality, personal services and retail), is that the transactional categories tend to only weakly engage their customers. Customers in these categories are sitting on the edge of a precipice, at least cognitively and emotionally. They do not show any emotional attachment to brands in these categories and are very unforgiving when the brand experience does not meet expectations. While recent data from Canstar Blue says that switching in banking is low at around 18%, it is the shifting costs such as the time, effort, and uncertainty involved in changing banks that keeps customers with their current bank brand (i.e. inertia), and certainly not any sense of deep commitment and loyalty. In other words, these customers are conscious that they are not happy and are willing to leave their bank following minor service failures.

Admittedly, the banking category is a difficult category to manage from an engagement perspective because of its transactional nature, but over-claiming a customer service relationship focus in ads, while still delivering the same old mundane and basic service levels at the counter, only serves to heighten consumer cynicism and further dissatisfy an already disgruntled customer base. In this sense, talk is cheap when it comes to boasting about high satisfaction scores. What the banks now need to do is live up to the talk.

Dr Jana Bowden is a senior lecturer in marketing at Macquarie University.