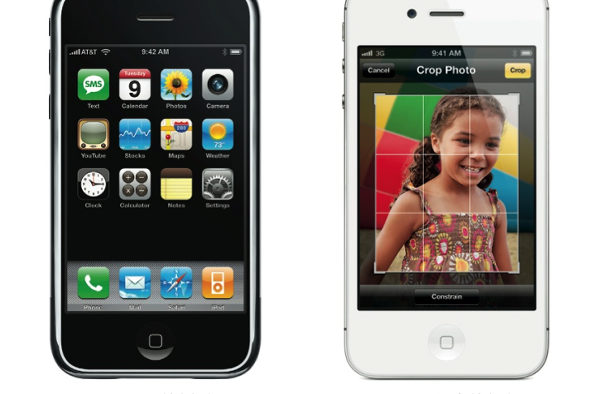 The release of the iPhone generated world news and not always for the right reasons.

Most will remember the 300-page phone bill Justine Ezarik received in a box from AT&T and the YouTube video that followed. This bill shock drove many telcos to rethink their billing strategies for mobile data, giving rise to what we have today, which in Australia is still one of the most expensive, but is still a much more palatable and consumer friendly mobile data billing regime.

Before to the launch of the iPhone, there were numerous companies exploring mobile as a channel for marketing and promotion. Premium SMS was going strong with ‘199′ short code competitions, and high-priced content ‘subscriptions’ were everywhere offering wallpapers, games and ringtones.

In 2007, the challenge was education and consumer understanding. Most consumers struggled to understand how to download a game. The myriad device profiles made selection difficult and confusing and those brave QR code promoters were confronted with explaining not only how to download a reader, but also how to use their phone for mobile data. 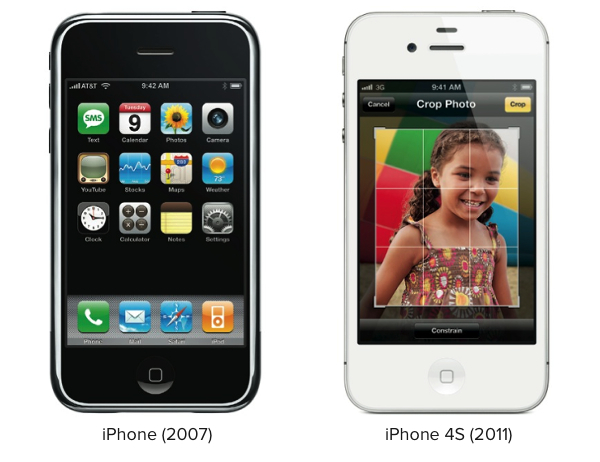 Few people outside the early adopters used their mobile for surfing the internet and the thought of trying to configure, read and send emails was too onerous to even be considered a real mass market option. The BlackBerry seemed to be the executive phone of choice due to the relative simplicity of email access and typing on a full keyboard.

Most of my time around this period was spent trying to sell the virtues of SMS and MMS for campaigns and, despite extremely good results, I still had to go through a significant education phase. My Nokia N95 and N98 were my showpieces for engagement with consumers via messaging and the thought of linking off to a landing page sparked fear over bill shock from data charges.

Jump ahead five years and the rate of consumer change with their embracing en masse of the smartphone is by far one of the technology industry’s fastest morphing segments ever. For those who have been in the digital/web world for a long time, the most commonly written about challenge for technologists and agencies was the rate of evolution in the ‘web world’ – ‘web years’ measured in factors of three and four. Mobile has evolved and continues to grow at a rate that makes even the web seem slow and organic.

Like it or hate it, Apple has dominated the mobile and tablet landscape with innovation. In many respects, it has paved the way for Android and created an environment for the likes of LG and Samsung to resurrect themselves in the handset game formerly dominated by Nokia. This is, of course, not the first time Apple has played such a guiding and dominating leadership role in a market segment. Let’s not forget what the iPod did to the mp3 player market and consequently what iTunes did for music.

In 1994, Apple released its ‘Apple QuickTake’, one of the world’s first digital cameras, earning the product a listing in the top 100 most influential gadgets by Time magazine. Soon after Steve Jobs came back to Apple in 1997, the QuickTake was discontinued in a market being dominated by more photography- relevant brands such as Kodak. In fact this period marked the discontinuance of many non-core [Ha! – Ed] Apple products such as printers, scanners and, most recently, MobileMe.

There is no question that the iPhone has changed the landscape, but it has done so in conjunction with the iPad. There are few that would argue Apple’s dominance in this ‘tablet segment’ was driven by iPhone lovers as the first adopters. As a final historical note, Apple’s first tablet attempt was the Apple Newton, which was introduced in 1993 and terminated by Jobs upon his return – a device concept more than 10 years ahead of its time.

I wanted to reflect on what the iPhenomenon has delivered to consumers and the new channel it has opened up to the marketing industry. Almost unprecedented in any industry is the iPhone’s success:

Those financial facts and figures only make me wish I’d bought shares. But as a mobile marketer who spent two to three years prior to 2007 trying to educate and inspire the industry to embrace mobile, I believe Apple has been instrumental in removing many barriers that confronted us. I looked back over presentations from 2005 and 2006 and found the majority of slides trying to convince marketers that mobiles would be in the hand of every consumer, that SMS and MMS would be powerful one-to-one marketing tools, that consumers do read text messages and react, that the web can be used on the mobile and… the list continues.

Australia at these times was a leader of mobile marketing initiatives. We embraced text messaging and had digital network penetration rates far exceeding the US which was stifled in innovation with ‘analogue’ network domination. Text messaging and mobile web were completely foreign in the US, but here in Australia and through Asia the mobile juggernaut had commenced. Unfortunately, we didn’t continue the domination and over the last three years the US marketers and brands have overtaken us with creativity and mobile executions pushing the envelope.

I believe that we in Australia failed to see the iPhone’s impact quickly enough. What we ended up with was the mass market embracing new technology and hungry for interesting things to do with their phone and a marketing community constrained by ‘the norm’, hesitant to embrace something so new for fear of rejection.

Today, we have mobile consumers soaking up advertising in various forms and a consumer that has changed decades of behaviour to adopt the new processes of communication and entertainment from their phone. Could anyone have predicted that in 2012:

Having been in IT for over 25 years (started when I was 10, of course), to find the majority of an emerging and young target market screaming for innovation is a rare situation. New technologies and emerging applications have always traditionally gone through the ‘early adopter’ phases and the vendor’s expensive ‘education battles’. But the release of the iPhone and the strong competition now from Android, combined with the massive uptake of tablets (iPads), has created the most powerful one-to-one ubiquitous marketing channel in history. Happy Birthday, iPhone.