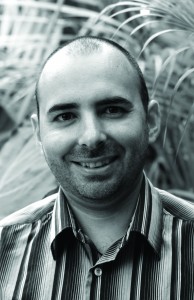 There’s a place where the uninitiated’s vacant looks in the face of obscure acronyms are judged more harshly than marketing-land: gaming. As marketing manager for Logitech, Australia/NZ, Paul D’Ambra walks with a foot in both of these camps and, since his promotion nine months ago from Logitech’s Asia Pacific trade marketing manager to A/NZ marketing manager, has been instrumental in refocussing the brand on the wider consumer electronics market.

The traditional path of D’Ambra’s career is an increasingly rare track – his first steps in consumer electronics were on the shop floor. Thirteen years into his marketing career, the lessons from the ground level still inform his day to day. His tip: be real, honest and speak English. These guiding principles are especially applicable in an industry misguided by the same strain of engineers-cum-marketers who must choose Volvo’s model names. He believes from his potential customer’s perspective the most frustrating part of the process is the baffling use of technical language rather than presenting product benefits clearly.

“It’s confusing. While it generally says what it is, it probably doesn’t necessarily say enough about what it can do… that’s one of the reasons around why we’ve pushed to create stories based around either situations or people that other people can relate to,” empathises D’Ambra. 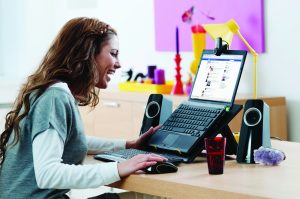 Out of my colleagues’ earshot, in the safety of our interview room, I confess to D’Ambra I once rode high in those digital shores, enchanted swords my weapons, an arsenal of Logitech gear my advantage. Gamers’ egos appreciate the obfuscating technical terms, but their parents, partners, and siblings less so.

“There’s still a massive following for all the game products, and these guys and girls, if we said to them, ‘You can have this brand new model, but you need to walk off the end of the Harbour Bridge, swim across to the other side and get it,’ a lot of them actually would.

“We’ve gone and broadened that story just from being gaming centric to being a lot more general.

“That’s still part of our heritage; we don’t particularly want to lose sight of that. But the other side of the coin is that we have very much expanded into a lot of other places… Coming up with the thing that people can actually relate to as a story or a personal experience, just in real simple terms, helps communicate that… I’ve found being that way, people understand, engage and make decisions quicker – whether it’s a person on the shop floor or someone trying to relate to you in another company or organisation.”

D’Ambra’s last nine months have involved shifting consumer awareness toward the more glamorous side of Logitech’s offering: from keyboards and mice to universal controls and high-end, in-ear audio. Snapped up for USD $34 million, a month before Lehman Brothers fell to its knees, Ultimate Ears (UE) presented Logitech with a new opportunity to move into the tumultuous high-end of consumer audio electronics (UE’s magnum opus is individually moulded in-ear headphones sporting six speaker arrays for each side of your head). Recasting a brand known for PC peripherals as an audio and lifestyle company requires a statement as bold as a medieval Martin Luther’s. A pop star who kisses girls and likes it may do the trick.

“It’s been about nine months [in the job], what we’ve basically done in that time period is really re-engineered what, who, where and why we do things in this country from a marketing perspective. So everything from re-jigging our whole approach to the way we do PR all the way through to signing up and being the naming rights sponsor for Katy Perry when she arrives later this year. We’ve looked at it and said there are some things that we’ve always done really well: the products stand up for themselves, but then there’s a lot of other gaps we’ve got in terms of how do we get in front of different people… How do we attract youth to the brand, and how do we really make sure we come across as a general everyday sort of brand rather than just purely an IT company.” 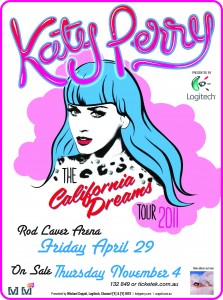 One means is driving youth awareness by activating the Katy Perry sponsorship and another sponsored program, Rock the Schools (see Marketing magazine November 2010, for a case study around the initiative). Rock the Schools is an that tours various bands to 90 schools a year. Logitech take school students backstage for an education on how a performance is put together. Katy Perry will be a very big smoke version of that. As will sponsoring the Rolling Stone magazine awards.

“Again [it’s] very similar, we’re getting involved in the awards, we’re putting the name up in front of a more sort of music/entertainment type audience; it’s really to show- case the fact that obviously we’ve got UE, that we’ve got a whole heap of audio products.

“And then what we’re doing behind that is… letting a couple of the kids from the Rock the Schools program go and spend a day in the life of Rolling Stone. Again, we’re trying to leverage across the different programs, and give people a different experience, something that you typically wouldn’t be able to go and buy, walk in and do, and those sort of things, and leveraging that sponsorship to open those doors for people, and at the same time, really do some stuff that’s got good talkability… The whole idea really for us for a lot of these things is to be able to build and create really strong content.”

The strategy being to use it as versatile branded con- tent across a variety of media.

Paul has also redirected Logitech’s PR efforts toward esoteric media environments that, at least, ensure editorial cut-through. He cites the example of speaking with boating and caravanning monthlies: “So you think what the hell does Logitech have to do with boating, but one of the things we looked at was, at the end of the day, you can read all the spec sheets you like, you can look at all the science behind our products, but where the hell would you go and take these and what you would you do with them? In the boating example, or the caravanning example, we said people are taking their laptops out and about with them and that’s obviously potentially a place that some of our gear has become relevant to, given what different people are doing these days… Again, it comes back to the story.”

And the brand has allowed its customers to officially start telling that story. Launching a product tester program in late 2010, it follows the usual tack: take a product home, play with it and blog a review – no strings attached, no gags and no fear of knee-capping heavies. Innovative or not, Logitech’s social media presence is enviable. The Facebook community is active and negativity is very spare (it’s also well dealt with, often by community members rather than employees). But D’Ambra admits Logitech were previously guilty of the usual set and forgot social media involvement.

“We re-engineered a lot of the thinking and the reasoning, the whys and the what fors, and started questioning a lot of the things we’d been doing, and the Facebook page was one of those where I think we were probably guilty of doing what most other businesses were doing, which is sticking the odd product review up there and putting a couple of pictures up there and that was about it.

“At the end of the day, these people are all human beings, they all want to hear stuff, they all want to see stuff, they all want to be engaged, they want to have stuff that’s not the boring typical stuff that you get off the website, and that’s what our goal had to be. So that’s what we started from the get go, and from there we’ve just grown in leaps and bounds, because we’ve found that being honest, sharing a bit, giving a bit of info as to what is going on, doing things a little bit outside the norm – not always related to Logitech – about general things going on around the place, and letting people really share, has been really successful for us… So what it shows to us is that that approach has been the right one to take, that these people are effective at doing these things and sharing their stories, and actually helping to educate people. And in a lot of cases, probably a lot more powerful than four lines of text bullet points on a website.” 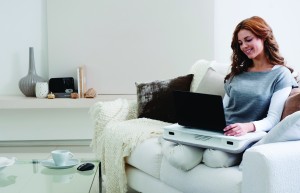 The next step, according to Paul, is to crowdsource their advertising creative through the page.

“Typically everyone said ‘That’s crazy, Paul, why would you want to do that?’ And I said, ‘Let’s ask the people,’ and that’s what we did. So while we sat in the room, I posted it on the wall and within about 20 minutes we had about 40 or 50 responses saying ‘yep, love to do it’.”

D’Ambra’s down to earth approach is unsurprisingly successful in the social media sphere and stems from another guiding maxim, on which we’ll conclude: “The one I keep in the back of my mind is if my mum can’t understand what I’m saying then nobody will.”