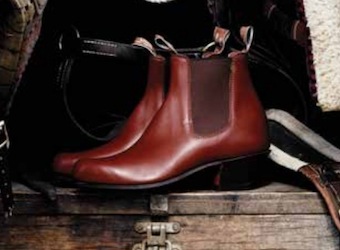 While the federal cabinet announced yesterday it won’t open its Akubra wallet to help SPC Ardmona make its local production more competitive, it can loosen its Glowmesh purse strings in a range of other creative ways to help the economy.

Tourism Research Australia published a major satisfaction survey report this week, showing that Chinese are most dissatisfied with the Australian ‘shopping’ experience. This has further fuelled discussion within the tourism and travel sector on the need for the Abbott government to reform the Tourist Refund Scheme (TRS) in its second term.

Like most Western countries that have VAT schemes, Australia refunds the GST it has collected on most goods when inbound tourists depart Australia. While there is temptation for the federal government to hold on to this revenue, that would only serve to make Australia an unattractive destination, especially for shopping tourism.

The logic of reform has been put to the federal Coalition’s public tourism roundtable, as part of its ‘Industries for Australia’s Future’ review. Proponents of reform argue convincingly that it makes little sense to continue to hand over piles of cash to tourists, at Customs departure points, instead of working to find ways to retain these funds legitimately within the Australian economy.

If the scheme is reformed, a creative government should use the opportunity to boost international consumer disposition for iconic Australian made brands. Oroton, Paspaley, Penfold’s, Akubra, RM Williams, Vegemite, Billabong, Glowmesh and a host of other locally made luxury and FMCG brands can become ‘calling cards’ for further tourism (and retail sales) growth.

These consumer goods can replace the traditional ‘holiday slide show’, by providing Chinese and other tourists a certain ‘show off’ or bragging right among their envious friends. Furthermore, if a tourist is entitled to, say, a $300 refund they might instead be offered a $350 voucher. An iconic Australian brand voucher scheme (redeemable on select locally made brands), can drive improved sales revenue for local manufacturers and their suppliers.

Like the RM Williams crocodile and kangaroo skin boots that were hand crafted for visiting US president President Clinton, consumer goods that tell a story, linked to our national identity, not only help build consumer brand disposition – they reinforce Australia’s national brand as well.

From comments by outgoing Tourism Australia managing director Andrew McEvoy, it’s clear the tourism industry understands ‘telling brand stories in a broader way’. Several manufacturing businesses are boosting consumer brand disposition by allowing consumers to ‘experience’ brands – for instance how product is sourced and manufactured, how certain businesses are the backbone of local economies, or how a business has contributed to Australia’s own growth and national development.

The Coalition has taken interest in the topic for some time, and has considered a range of sensible ideas posited by the National Tourism Alliance, the Tourism and Transport Forum, along with leading private sector service providers like Global Blue. One of the most promising recent developments is the way state and federal governments have come around to conceptualising the visitor economy (considering the services sector in a more holistic way, tallying the total amount accrued when we earn export dollars by engaging tourists on shore).

With the trade portfolio now linked to tourism under cabinet minister Andrew Robb AO MP, there’s scope for the Coalition to expand on its $16 million announcement to help build the Cadbury chocolate visitor centre. A good place to start would be helping to incorporate factory tours to assist the likes of SPC Ardmona, who announced this week it is moving its bottling plant to South Australia.

Australia should think big where food tourism in particular is concerned. While the first fleet’s round trip was funded by colonists picking up cargo of tea in China on the return journey to England, there’s no reason Chinese tea lovers shouldn’t be exposed to our leading local operators. ​Madura Tea, part of the Northern Rivers Food Group provide a tea tour twice a week, offering samples for tourists to take with them.

Robb’s decision to build on Labor’s ‘G’day LA/USA’ and ‘G’day China’ events provides the ideal opportunity for Australia’s fashion and food brands to connect with destination brand marketing – something that would go a long way to overcoming negative Chinese perceptions of Australian shopping tourism.

One thing is certain, given Australia’s buoyant currency, further gains must be made to deliver for inbound shopping tourists, or (as Nancy Sinatra would say) someone else will get all our best.

Previous Article
“They’re coming back in droves”: Vodafone adamant it’s on the way back up
Next Article
Super Bowl preview – puppies, Muppets and Anna Kendrick