Tiger Woods scandal has affected his sponsors image as well as his own.

Consulting firm Accenture has jettisoned Woods, but have still endured negative sentiment according to The New York Times which wrote, “About 11% of those viewers who recalled a brand with ties to Mr Woods said they had a negative opinion of the brand, Nielsen IAG reported.

The brand originally associated itself with Woods in an effort to raise awareness among management at medium to large companies – many of whom are golf fans. The close alignment featured Woods in Accenture TVCs, prominently displayed on its website and through the tagline, ‘We know what it takes to be a Tiger’. The firm have removed the Tiger branding from their website. 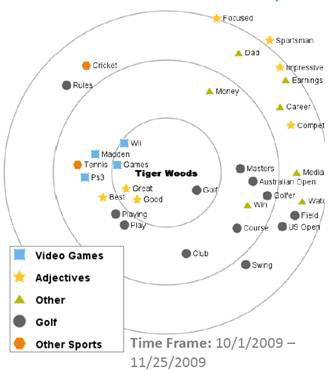 “The allegations which have emerged against Woods burst the bubble on his previously squeaky clean reputation and pose a substantial dilemma for his sponsors. News of this ilk takes on a snow-balling effect via online channels, and the impact on brands associated with the golf star need to be carefully considered,” said Stuart Pike Asia Pacific research director of Nielsen’s online division

Australian discussion of Woods has almost doubled following the controversy as compared to his Australian Open visit. 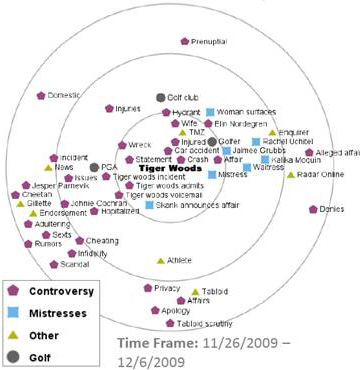 “The biggest concern for sponsors is the speed with which consumer perceptions can change, in turn impacting perceptions of their brands – in the case of Tiger Woods, looking at brand association maps both pre- and post-controversy is like looking at two different people and for Woods’ sponsors, these are risky times,” concluded Pike.

US advertising involving Woods has been suspended since 29 November. Gillette has announced it will limit his role in its advertising.