If you’re in Byron, Sydney or Melbourne, you might notice some tiny billboards start to pop up. Byron-based startup Zero Co is launching another zero waste product, and is using miniscule marketing to make a big statement.

Zero Co started out making a name for itself in the home-cleaning category. With only 15 percent of plastics consumed by Australians actually being recycled. The other 85 percent end up in landfill. The thinking behind the business was that instead of throwing out the containers, these could be reused over and over.

Since launching, more than 57,000 customers have adopted the zero-waste model proposed by Zero Co. The refill model is working.

On the back of the success of cleaning products, Zero Co is diversifying its offerings. The company is now creating zero waste skin and beauty products. It has created the world’s first refillable deodorant, shampoo, conditioner, and body lotion.

To launch its new body products, Zero Co is encouraging Aussies to ‘Start Small’. The brand will be launching a series of initiatives aimed at demonstrating first hand how small acts can deliver big impact.

Zero Co’s new range isn’t just a spur of the moment product either. Working alongside Aesop’s former head of product Kate Forbes, the range will be entering a competitive market with an edge – with the knowledge of reputable Aesop and a zero waste ethos.

The new range will expand Zero Co’s offerings by 14. From personal care and home cleaning, the range now has two fragrances of hand and body wash. 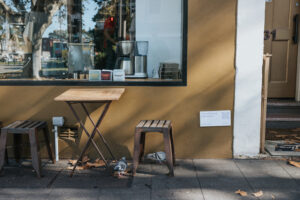 The campaign for the new products is supported by the smallest billboards.

“They might be small in size but their message carries much larger meaning and we hope they get people thinking about the small changes we can all make for greater impact on the plastic problem,” Smith continues.

The tiny billboards will be up until the end of the week unless taken down beforehand. Keep an eye on Zero Co’s instagram to find out where you can locate them and get yourself a free box!