TripAdvisor invites its web 2.0 community to create its next piece of advertising

TripAdvisor invites its web 2.0 community to create its next piece of advertising 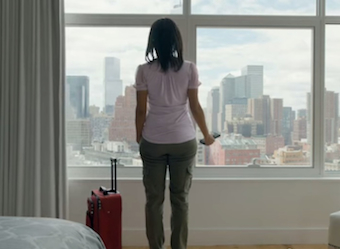 Global travel website TripAdvisor is drawing on its web 2.0 community to create a TVC for the brand with a competition to win USD$25,000. The user-generated ad contest is encouraging everyone from video amateurs to filmmakers to create TripAdvisor advertising based on the brand’s ‘Don’t Just Visit’ campaign.

TripAdvisor chief marketing officer Barbara Messing says inviting its community to create personal versions of its ads is a natural extension for the user-generated travel site.

“No one knows better than our community of millions of travellers how TripAdvisor makes a vacation great.”

The company launched its own ‘Don’t Just Visit’ ads in May, showcasing the benefits of using TripAdvisor for travel planning and what can go wrong when it’s not used.

Contributors are invited to submit their short videos in the spirit of the ‘Don’t Just Visit’ campaign between Friday, 1 August and Sunday, 31 August.

The contest winner will earn a grand prize of USD$25,000 and a chance to see their ad air on television. TripAdvisor will also award five runner-up prizes of USD$1,000 with winning videos shared on TripAdvisor social media channels.

“Travellers love sharing their experiences on TripAdvisor, so we’re excited to get their take on our ‘Don’t Just Visit’ ads by asking them to share their travel stories in a creative new way, with one winning story to air on TV,” Messing says.

The TV ad contest will allow travellers to submit short videos that can be turned into a 15 or 30 second TV ad. Submissions will be accepted in lengths of 11 or 26 seconds, in order to leave time for the four second ending.

Residents of the US, France and Australia aged 18 and over are eligible to enter the contest, as it is in these markets that the TripAdvisor ‘Don’t Just Visit’ ads launched. The grand prize and five runner-ups will be announced in mid-September.