True-blue Aussies do their drinking in cafés, not pubs

True-blue Aussies do their drinking in cafés, not pubs

Roy Morgan’s extensive ‘State of the Nation’ report included a look into Australians’ eating and drinking habits over the last 9 years. The findings include the fact that drinking coffee and tea in cafés has risen, while at the same time drinking at a pub or hotel has decreased, to be even less popular.

The following habits have increased since June 2003: 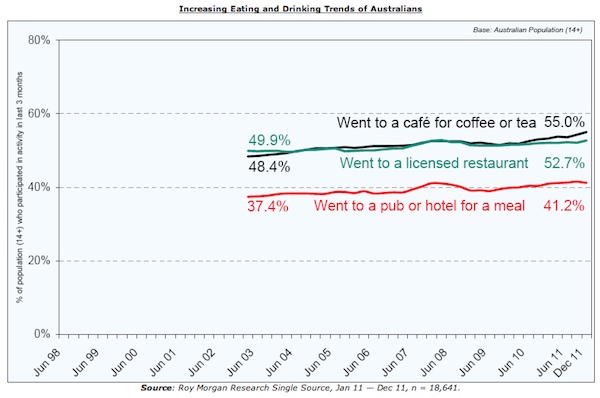 Meanwhile, the following habits have decreased over that period: 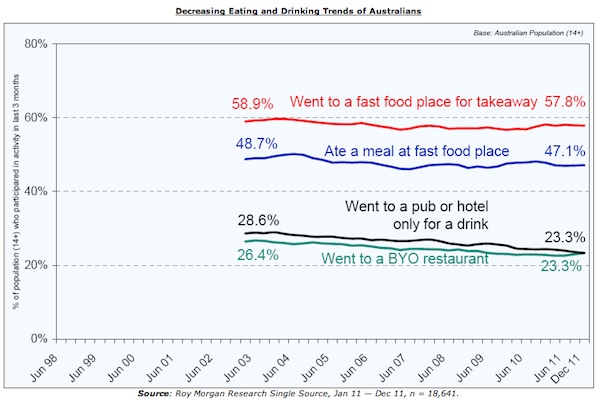 Eating at (and taking away from) fast food places has been slowly decreasing over the last nine years, although Norman Morris, industry communications director, Roy Morgan Research, says fast food’s place at the table is not in jeopardy: “Fast food and takeaway have experienced a drop off since 2003, however these have been very slight and recent trends suggest these activities are now holding steady. With the ease, taste and convenience of fast food and takeaway, they will always likely hold a significant degree of popularity among consumers.”