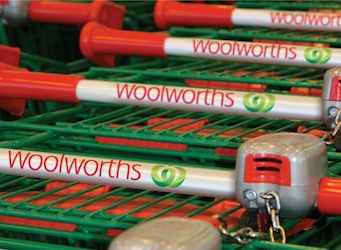 When supermarket chain Woolworths announced plans to offer in-store ‘health checks’ earlier this week, health groups came out in force to criticise the move. But scratch the surface and it’s apparent that the criticisms aren’t just about protecting the public.

The checks, which have been pitched by Woolworths as a service for their customers, will see final year pharmacy students, graduating pharmacists, and nurses measuring blood pressure and cholesterol, among other things.

Professional health groups, the Pharmacy Guild and the Australian Medical Association (AMA) have reacted negatively. AMA president Brian Owler has described the proposal as, “a dangerous idea that should be stopped before it gets off the ground.” And the Pharmacy Guild has argued Woolworths is attempting to, “hoodwink consumers into believing they can get professional pharmacist advice and products from a supermarket.”

At first glance, these appear to be simple moral arguments stemming from a desire to protect patients from harm, make good use of existing health-care resources, prevent cynical corporations from tricking people into thinking they’re cared about when, in fact, they’re simply a source of revenue and maintain the quality of pharmacy services.

But each argument is also an example of ‘boundary work’ – a sociological concept that refers to efforts by groups, such as professions, to demarcate themselves from other groups, generate opportunities for themselves, and protect their autonomy.

Viewed in this light, the first argument against supermarket health checks focuses on the boundary between qualified and unqualified health professionals, the second delineates different settings of care, and the third distinguishes between commercial activities and professional services.

Recognising that debates about supermarket health checks are about boundaries (as well as morals) puts a somewhat different spin on the arguments against the checks, and raises a new set of questions.

First, do we really know that nursing and almost-qualified pharmacy students are unable to take a blood pressure reading and determine whether it’s in the normal range? After all, pharmacists themselves sell scales, blood pressure monitors and various other home screening products, which are intended to be used with no clinical training whatsoever.

Second, what exactly is wrong with health screening services being offered in new settings, if deviations from the norm will be referred to appropriate professionals?

Notwithstanding the systemic issues of overdiagnosis and overtreatment stemming from too much screening, what exactly is wrong with detecting potentially clinically significant abnormalities in more people? Those doing the health check will not, after all, be diagnosing people but referring them on.

And what exactly is harmful about combining commerce and health care? GPs, for the most part, avoid making money out of selling medicines, although their livelihood does depend on ill people visiting them. But pharmacists certainly mix the two domains – just think of all the products sold over the counter at your local pharmacy that may not be based on sound evidence of efficacy, such as weight-loss products.

Looking at the issues through the lens of professional boundaries could, therefore, call into question many of the criticisms of Woolworths’ proposed activities.

But you could decide that there’s an enormous difference between health screening by students and screening by registered professionals who have demonstrated certain competencies and signed up, through their registration, to a set of professional obligations.

Or you may think the risk of over-medicalisation is, in fact, too great to further expand screening services beyond their traditional settings. And that there’s a meaningful difference between professionals peddling potions of questionable benefit, and purely commercial organisations doing the very same thing.

Disclosure: Wendy Lipworth receives funding from the National Health & Medical Research Council. She is affiliated with the DIA-an independent organisation that provides educational and professional development opportunities for individuals working in the pharmaceutical and medical product development-related fields.