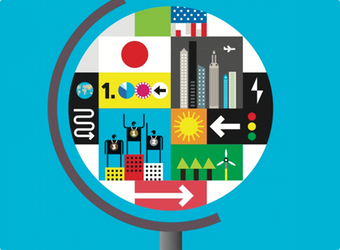 This week we got two things in our inbox that beg to be held up side-by-side and examined: two separate rankings of place brands.

It turns out, the top 10 names in each ranking are fairly similar. Which may be surprising considering the different methodologies (see last third of this article).

Germany came out top in one and third in the other, while Japan topped one and came sixth in the other.

Australia made the top 10 of both, coming ninth and eighth.

Regarding GfK’s NBI, Simon Anholt, an independent policy advisor who collaborates on the Index, says: “Germany appears to have benefited not only from the sports prowess it displayed on the world stage at the FIFA World Cup championship, but also by solidifying its perceived leadership in Europe through a robust economy and steady political stewardship. Germany’s score gains in the areas of ‘honest and competent government’, ‘investment climate’, and ‘social equality’ are among the largest it achieved across all the aspects covered by the NBI 2014 survey.”

In contrast, the USA has shown the least impressive gain in the NBI among the developed nations. While it still is seen as number one in several areas, including creativity, contemporary culture, and educational institutions, its role in global peace and security only ranks 19th out of 50 nations.

On the FutureBrand CBI, interestingly, this time around it set out to determine what actually makes a country a brand. That is, they’re all countries, but are all countries also ‘brands’? Obviously that depends on how you define ‘a brand’. For FutureBrand’s purpose, it means the country has a reputation for high quality products, a desire to visit or study in a country and perceptions of good infrastructure.

Out of the 75 countries studied, only 22 meet the criteria of a ‘country brand’. Those countries that made the cut as brands have, “a measurable competitive advantage over their peers as a result”, says FutureBrand. For example, people are more likely to visit, recommend and do business with them.

Here are the results:

“For the 2014 study, a total of 20,125 interviews were conducted in 20 countries, with at least 1000 interviews per country. Interviews were conducted online with adults aged 18 or over. The most up-to-date online population parameters were used to weight the achieved sample in each country to reflect key demographic characteristics such as age, gender and education of the online population in that count.”