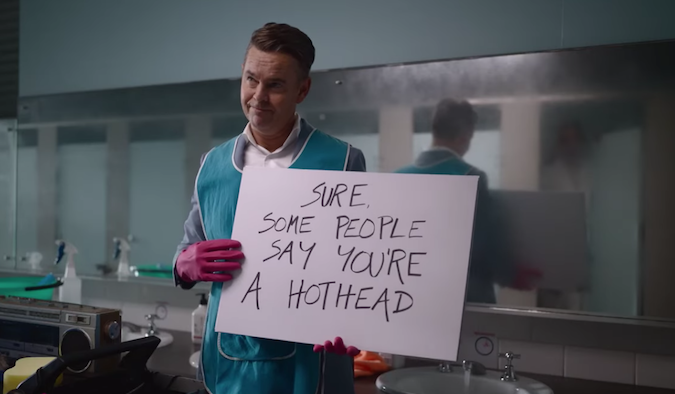 Food delivery service Uber Eats has been a major partner of the Australian Open since 2019. Each tournament, the app launches a major campaign. This time, it uses integration technology and some familiar faces.

What started out as a food delivery app, Uber Eats is using its Aus Open campaign to let consumers know it delivers more than just meals. The company has launched its national campaign using tennis greats Nick Kyrgios and Ash Barty alongside commentator Todd Woodbridge.

The TVCs have been launched with a twist though. Utilising QR technology, the viewer is given the chance to choose their own ending. Each QR code brings the consumer to a YouTube video that shows the conclusion with their chosen ending. All of the endings are inspired by iconic Hollywood films.

In another TVC, Woodbridge satires Love, Actually to Kyrgios. The two stars are in a changing room, where Woodbridge declares his love for the controversial player.

The point of the campaign? It’s to show that Uber Eats delivers everywhere and anything.

​​“Uber has a new focus, a new direction across the company and the motto we go by is ‘go anywhere, get anything’,” said Uber Eats head of marketing David Griffiths.

The campaign will run for the duration of the Australian Open.