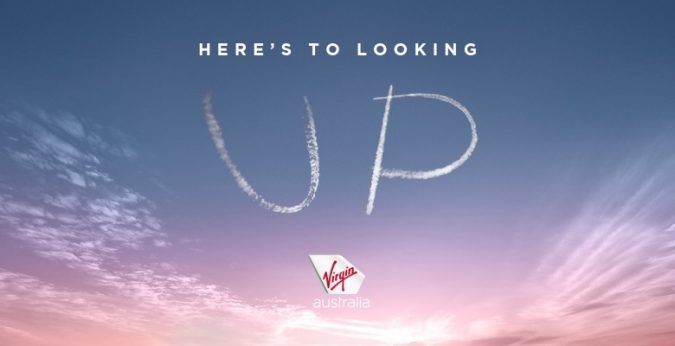 The new brand campaign for Virgin Australia captures the spirit of its business and its people with the concept of ‘Uptimism‘.

Focused on the concept of  ‘Uptimism’ and the tagline ‘here’s to looking up’, the campaign aims to position the Virgin brand as the embodiment of optimism, says DDB Australia chief creative officer Ben Welsh.

“When you look at Virgin Australia’s role in society in connecting people with opportunity and their belief in better, you can see how ‘Uptimism’ felt right.

“Executionally, we wanted to capture the upbeat excitement of the brand,” says Welsh.

The one-minute TVC was filmed in various locations around Australia, including Melbourne CBD, the Blue Mountains and Richmond in Sydney. It features people who have been identified as ‘Uptimists’ such as Andrea Hah from Ninja Warrior, 13-year-old up-and-coming AFL star Jack Peris, GWS Giants players Adam Kennedy and Matt Buntine.

The campaign rolls out across digital, outdoor, magazines, print, social media and radio.

It is the first campaign the airline has launched with DDB Sydney, which won the creative business in June, and the first work from its chief marketing officer Inese Kingsmill, who joined the company earlier this year.

Tags:
Previous Article
Why good design and social conscience should underpin business and marketing strategy
Next Article
No going back: get your arsenal ready for Amazon’s arrival