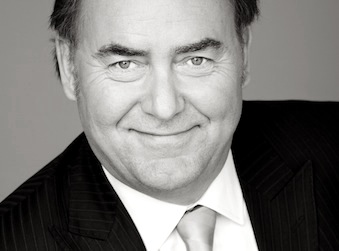 Martin Shaw, winemaker at South Australia’s Shaw and Smith, makes the best Sauvignon Blanc in Australia. In explaining how he does this so consistently he explained, “It’s an expression of the grape. The wine is as good as the sum total of mistakes.”

Sure, he grows the right clone of vine in the right place, in the right soil and at the right bunch density, but they are hand-picked and gently squeezed, and the juice is prevented from oxidation then loved and left unbruised through a thousand other details. The wine reflects that obsessive attention in every glass.

So it was in the election: the end result expressed the sum total of mistakes. While the campaign elements were essentially the same – the pollsters as competent, the ad teams as zealous, the tactics teams as vicious, the policy wonks as detailed, the advancers as nit-picky, the media teams as vindictive, the directors as focussed – the Coalition ran virtually mistake free, while Labor constantly struggled.

At the heart of this was the ghastly disconnection between the former PM Rudd’s travelling team and Labor headquarters, resulting in confusion and mixed messages. Their media drops were poor. Their message of the day failed to cut through – often because there were two. Rudd was late at events, annoying journalists, which is never smart. Labor, despite the hard work and tremendous competence of so many, lost momentum and reached that awful tipping point where everything they did was judged harshly.

Unquestionably within Labor’s Melbourne campaign headquarters there was simmering discontent about the imperious behaviour of the former PM who played things too close to his chest. Having slabs of the team neither liking nor respecting the leader hardly inspired them to convince a sceptical public. Remember that many of the smart but unsung people working so hard every day in Labor’s War Room stood to lose their jobs, and disconsolately watched their employment evaporate as a severed leadership group made decisions independent of agreed strategy.

Meanwhile, in at the other end of town in Spring Street the Liberals were tight, focussed and utterly disciplined. They started and stayed ahead, so rather than chasing brilliance, they concentrated on not making mistakes. Brian Loughnane and his War Room executed superbly. Their liaison with Abbott’s travelling team was outstanding, their messages tightly aligned and their outperformance showed in the number of campaign days they so clearly won.

They wanted a boring election and they delivered in spades. There wasn’t a single big issue; it was magnificently dull, triumphantly monotonous and heroically tedious.

The Greens saw their opportunity and launched a campaign of conspicuous compassion and motherhood statements on social issues, but their plea for decency fell flat when their policies turned out to have little more substance than pixie dust and a couple of verses of ‘Kumbaya’. They stumbled with their preference strategy and the wheels fell off both their campaign and their Party.

Rudd appeared to mistake the open embrace by Australians in 2007 and street walk adoration early in this campaign for trust and respect. Politicians are hardly ever truly trusted or respected, they simply fill the vacuum of disregard we hold for their opponents. Populism, trust and respect are very different – we understand our politicians need a bit of mongrel and when we look hard, as we do during an election, we see through fakery.

An election is a blowtorch to character, and if it is flaky or thin it is destroyed quickly. Rudd rose in the polls because he had replaced a long-serving and by-then unpopular Prime Minister, but Kevin ‘07 plummeted rapidly once his personality and modus operandi were re-exposed in 2013.

Tony Abbott wasn’t – and still isn’t – very popular, but his standing improved through consistent and disciplined campaigning. He may well surprise on the upside during his first few months in office, but he remains a politician, thus ultimately consigned to a place in the firmament of public opinion alongside car dealers and journalists.

Costings became a modest issue. The Coalition claimed Labor couldn’t be trusted, and Labor said the Coalition couldn’t be either. Both were convincing and effectively neutralised one another.

The National Broadband Network had great potential to be a sleeper issue, but never got sufficient traction.

It speaks volumes for the discipline of the Liberal Party that its Paid Parental Leave scheme didn’t spark internal revolt, as many senior figures are bemused by the idea that some new mums in small business should be paid up to $75,000 to take six months off, and that inexplicably this should be funded by BHP.

As these issues failed to excite voters, the election became ever more focussed on leadership and the economy, thus inexorably to a Coalition victory.

Elections are always decided on the state of the economy and whether Australians feel comfortable splurging on social change, or conversely require a Government that will run the shop better – rather than the daily gossip and nonsense the media focus on.

Yes, it was time for change, the Labor tide was going out and the Coalition was always going to win.

Yes, Labor was never ahead in marginal seats at any stage.

But putting those formidable advantages to one side it should still have been a far closer result, had the Coalition War Room not run so smoothly.

There’s a lesson in leadership here. Rudd ran a top-down command and control model, both as Prime Minister and as leader during the election campaign. Tony Abbott, his chief of staff Peta Credlin and federal director Brian Loughnane took a bottom-up inclusive model.

Rudd – and to a degree his trusted lieutenants – dictated what must happen, often keeping others, including their own campaign headquarters, in the dark. This occasioned confusion and antipathy. Abbott, Credlin and Loughnane involved others and delegated, and in doing so built a cohesive team.

Top-down leadership in vast organisations like government tends to fail. Once commands get a couple of levels down people resent their skills and knowhow being ignored, so at best they are unenthusiastic and at worst they subtly sabotage directives in which they feel little ownership.

The trick of leadership hardly ever lies in devising brilliant strategy, it is in getting a large group of people involved and inspired to take a step in the same direction.

It was managerial style – the dissimilarity between Rudd’s imposition and Abbott, Credlin and Loughnane’s inclusion – that enabled the Coalition to win the campaign by a margin greater than would have otherwise occurred.

Let’s hope now they apply that formidable skill to the larger task of Governing.