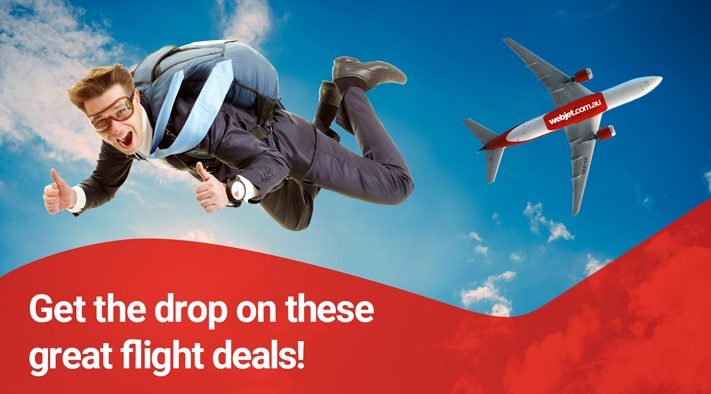 Webjet, the leading online travel agent for Australia and New Zealand, will be “offering” a new way for ambitious travellers to reach their destination – skydiving seats.

Webjet is announcing the new promotion for April Fool’s Day. It’s an effort to remind customers of where to look for great travel deals. The mid-flight departure seats will come with a 40 percent discount, sure to attract budget travellers.

Webjet claims that the new landing procedure is emphasising the idea that any good adventure is about the destination and the journey.

This innovation will allow airlines to cut down on costs. They can now drop fliers off at multiple locations before reaching the final destination! Take-off is the most fuel-intensive stage of air travel, and landing is time consuming. By maximising efficiency, airlines will be able to pass savings on to their customers. This is another innovative strategy that no airline has ever attempted!

Skydive seat tickets come with a jump kit and luggage attachment. As well as a guaranteed landing within five kilometres of your intended holiday spot.

The post announces the new technique and features an image of a satisfied customer, mid-descent. It comes with the slogan “get the drop on these new flight deals!”

After a few moments, a pop-up announces that this is indeed an April Fool’s Joke. It also provides a link for prospective parachuters to peruse Webjet’s savings.

While the campaign is just a joke, I hope Webjet won’t disappoint adrenaline-seeking travellers who might actually be into this sort of thing. I think there’s probably a market for “extreme travelling”. Maybe this is one prank that will actually stick around?

Previous Article
Assembled Group is named official communications partner for Omega Appliances
Next Article
Were you fooled this April Fool’s?