What Coke has achieved in the last year – besides falling sales

What Coke has achieved in the last year – besides falling sales 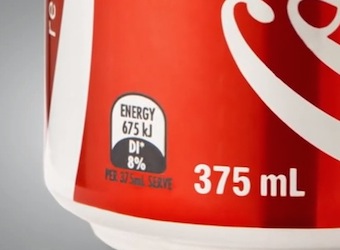 It is incorrect to write off Coca-Cola on the basis of falling sales or share price. What the brand has done in the last one year (despite its critics) is added greatly to its ‘trust and reputation reserve.’ Ultimately it is this that will see the brand recapture markets and value it might have lost in the short term, writes Patrick D’souza.

At the start of last year, The Coca-Cola Company did the unimaginable. It released an ad that recognised the adverse effect of sugar, its link with obesity, and very responsibly (I thought), advised consumers to drink less of its product.

Turns out, they did.

Sales plummeted worldwide. In Britain, the market hardest hit, sales fell 10%. While globally the brand declined – for the first time in over a decade – by 1%.

In Australia the news was no better. Sales were also down for the first time in 15 years. The stock market was savage, and immediately shaved 38% of the brand’s value with prices going from $13 in early 2014 to $9 at year-end in June.

Here’s the US video:

And the Australian version:

The real thing did the right thing

Coke was truthful and honest (sugar is bad for you long term and you should consume less of it). Did it have a choice? Not really. If it hadn’t come clean, it could have suffered reputationally and put itself at the mercy of third parties who have might have taken it upon themselves to do the education job that Coke chose for itself over the past one year. In coming clean with the effects of sugar, what the brand may also have done, unlike the tobacco industry, is save itself from lawsuits that could have challenged it on the basis of its advertising and level of public disclosures.

Coke did more than just talk

We all know that facts alone are not enough to drive a change in behaviour. What’s admirable about Coca-Cola is its silent acknowledgement of this fact in their campaign. It did not just tell people ‘sugar was bad for them’ but gave them viable options that allowed them to more easily alter their behaviour and consumption habits. These options include smaller SKUs or can sizes. This was fundamental to people drinking less of the product in the UK – the introduction of Coke Life, which has only one-third the sugar found in the company’s flagship product, not to mention the introduction of Coke Stevia in South America as an alternative to regular Coke. Stevia is not approved in the United States or Canada as a safe option yet, but it has been used as a sweetener in Japan for decades and was approved for use in the EU in 2011. It is 10 to 15 times sweeter than sugar (which means you use less of it) with its added benefit being that it has no effect on the body’s level of blood sugar or insulin production.

Coke cares. And if not about consumers directly, at least about being honest and ethical about the way it goes about its business and markets its products. In the process what the brand has done in the last one year, is added greatly to its trust and reputation reserve – fundamentally what will determine its value long term rather than case sales. The state of the company’s trust and reputation reserve, given the honesty of its work in the past one year, is probably the reason why Warren Buffet has decided to ‘stand by his man (Muhtar Kent)’ and publicly stated his intent to not sell his stake in the company or take it private.

The next phase for Coca-Cola?

Pursue its strategy rather than abandon it. Avoid the cardinal mistake of discontinuing small can sizes and introducing large ones. Believe in the trust and reputational leveraging this to launch new products and categories that help it regain its lost value and share.

Previous Article
Most popular stories of the week: Airbnb, Apple and IBM, Audi case study
Next Article
How to turn your C-suite into social media all-stars