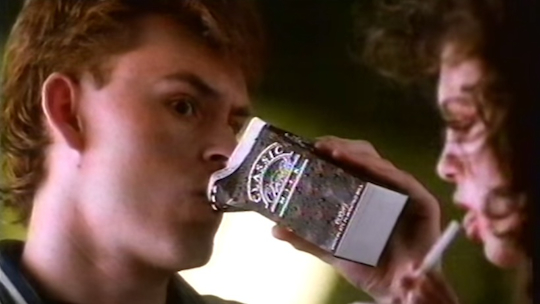 In his first guest post for us from Cannes Lions 2015, Rob Morrison, OgilvyOne Sydney creative director and jury member for the direct category, muses on what happens to advertising when we pay attention to it.

OK Gen X Marketers; who remembers ‘World’s Greatest Commercials’? For those in Gen Y, it was a TV show made up completely of ads from around the world. Usually hilarious.

Basically a very smart TV producer discovered that, at its best, viewers actually wanted to watch ads. They tuned in deliberately. Just grab a few old Cannes Lion and shots reels for next to nothing. Then just pay one of the Daddos to host, job done.

Of course the advertising industry loved it. We could point to the world’s best on TVs every week and use it to motivate our clients to lift the standard of what they were approving. They were like the first ever ‘content’ ads.

But there was one big problem.

When the show is brilliant ads, what do you put in the ad breaks? Your audience gets desensitised to regular advertising. It comes across as dull. Shouty. Rude even.

It’s the same when you’re asked to judge a big award show.

Suddenly every airport poster, every WiFi sponsorship, every in flight spot gets examined like never before.

Maybe an example would help here. So I’m on a flight from Sydney to Dubai and, without seeming rude to our middle-eastern neighbours, clearly there’s money in them hills. But their targeting could use some help.

In between binging on episodes of Better Call Saul there were (and I kid you not) six different private banks advertising. Maybe it was an architect. A self-made businessman. Mostly shot in mono. Usually featuring a private plane.

Now, had I been flying business class that might have made sense (maybe). But I wasn’t. I was in economy surrounded by the most wonderfully diverse cabin I’ve ever sat in. The only thing we did have in common is our lack of the need of anything approaching a private bank.

Thousands of wasted eyeballs. And the ads themselves – interchangeable, indistinguishable, forgettable. The end result is millions of wasted dollars and hours of wasted effort.

The big question is, would a foreign national arrive in Australia and spot similar, obvious mistakes we’re making without realising?

I’m pretty sure I know the answer.

Pick any industry and it’s there. Our car ads look the same. We bombard unsuspecting email inboxes with identical bank offers. Our two major supermarkets scream “down, down” or “cheap, cheap.” Everything is “new and improved.” Everyone is holding an “End of financial year sale.”

So the challenge is, look around. Look for uniqueness in your strategy. Push your creative which breaks away from the herd. Find the inspiration in your media choices. Approve work that gives you that tingling nervousness.

Zig while your competition zags. And don’t forget the Daddos.