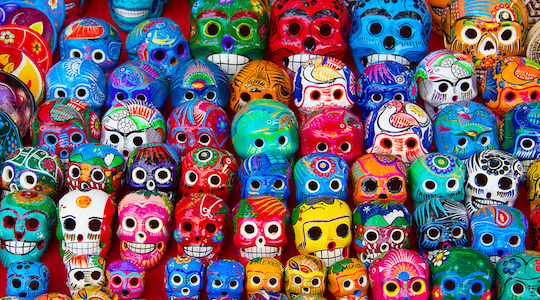 The end of a brand isn’t necessarily the end of the world, and it certainly isn’t the end of your career, says Rob Morrison.

There’s an old saying in advertising – ‘if it hasn’t happened to you, you’re not old enough or you’re not trying hard enough’. Granted, they’re talking about being retrenched – but precisely the same is true of seeing the death of a brand.

Sooner or later it will probably happen to you.

Everyone knows the story of Kodak – the film and camera goliath from the 1990s. While at the peak of its powers, it made a fatal mistake – it forgot what business it was in. It thought it made film. In fact, it recorded memories. So, in spite of inventing the digital camera in the 1970s, Kodak missed consumers’ wholesale move to digital photography. So obsessed with protecting traditional film and processing business, it ultimately lost it all. Although desperately trying to scramble back, Kodak is now a shadow of what it once was.

What’s not so famous among marketers are the more local stories. Green and gold brands which are now dead and buried.

I’ve been unlucky enough to see this happen. Up close. More than once.

I was there when Ansett flew for the last time. A much loved brand and respected airline, it made a series of terrible business decisions – from investing in a struggling American airline to opening up new routes with old planes.

I was there when Dingo Blue was finally, gulp, put down. Dingo Blue was the game-changing telco that first combined mobile, landline and internet. Its bundles were great value for money and the communications were playful and charming. But the business model didn’t work. Great at acquisition. Terrible at margin.

And I was there when peace was declared in the Super League war in Rugby League. In truth, it was really a battle between Foxtel and Optus Vision for pay TV subscriptions in Sydney and Brisbane. Clearly Foxtel won. Optus Vision disappeared.

Today, depending on which futurist you believe, the death marchers are starting to warm up for some long term local legends.

Will the arrival of Amazon really see the end of David Jones, Myer and Harvey Norman? Or just see them evolve into a new shape?

Will the growing use of Mobile Wallet mean credit cards, now free of a requirement for plastic, have to focus on functionality or perish? What will it mean for Amex, MasterCard and Visa? What more will it mean for the big four banks and the second tier?

Truth is, we’re smack in the middle of a time of massive commercial change. So we can expect to see more brands greet their final sunset. As uncomfortable as that is.

So what, exactly does the death of a brand really mean?

Firstly, let me point out that the fate of the brands I’ve mentioned, had nothing to do with marketing errors. No, the ultimate blame for each of them disappearing lay on Mahogany Row. And, if I’m 100% honest, usually at the doorstep of the CFO.

Then, let me assure you it’s nothing to worry about for your career. I’ve seen it happen to marketers I respect and they usually move on to a bigger, better, higher paid gig. If anything, it just adds some great war stories.

And finally, if it does happen to you, enjoy it.

I know that sounds slightly odd. But the only guarantee is you and your current team of marketers won’t all work together again. You will no doubt cross paths. Maybe even have reunions. Talk about old faces and places. Trust me, you’ll be fine.

It’s more of a struggle for your loyal customers.

If nostalgia is the new black, then the death of a brand is the ultimate runway show. Consumers will pay a premium to rekindle their love affair with a long-dead friend.

Just ask anyone who drove a Mini Moke. Or drank Mello Yello. Or rented the latest VHS from Blockbuster. Or owned a Commodore 64. Or just cooled down with a Sunny Boy after school.

Ultimately, yes, they move on. But it’s never quite the same. And if anything, their love of the dear, departed increases over time. They remember the good and forget the bad. They put it on a pedestal.

So if the jungle drums are starting to rumble around you and your team, don’t worry. Just make sure you have some film in your camera.