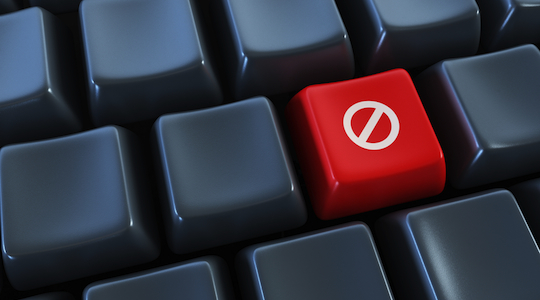 Ad blocking software is working hard to help users avoid viewing online advertising, writes David Glance, director of UWA Centre for Software Practice at University of Western Australia. Will Google and Facebook end up being the big winners? This post was originally published here on The Conversation.

Advertising represents 90% of Google’s $USD 66 billion in annual revenue. What makes this figure especially astounding is the suggestion that the vast majority of web advertising may never actually be seen by end users, and if it is, is largely ineffective.

Google, Facebook, and other online advertising companies, are less worried about the effectiveness of ads and are more concerned that they show the ads to users in order to bill their customers. This business is being made harder however as a result of the rise in the use of ad blocking software in the past 10 years.

Ad blocking software basically applies a list of filters to every web page that is loaded and either hides the ad from showing, or blocks the request to the site that hosts the ad. Not all ads are blocked however. Depending on the software, some sites and their ads can be ‘whitelisted’ and allowed to show. Adblock Plus for example, applies a principle that it is only ‘bad’ advertising that should be blocked. Bad ads are those that do not fit a set of criteria that advocates that ads should not be annoying, intrusive, should not distort the page that they are embedded in, and are appropriate for the context. Companies that produce ‘good’ ads can then pay Adblock Plus to have their ads whitelisted.

uBlock, another popular ad blocking software plugin for browsers, simply blocks anything that looks like advertising.

Ad blocking software is now used by 25% of users in the US, increasing to 40% of users in countries like Germany.

Partly in response to the decline in effectiveness of traditional online ads, advertisers have turned increasingly to native advertising. Native ads have been around for some times. They can span from the placement of products in a TV show or film, through to sponsored articles or posts on social media that are written to look like they are part of the normal content of the site. Sponsored tweets on Twitter and posts on Facebook have become more prevalent and have been shown to be far more effective than banner or search-based ads. However, even though these types of ads are more effective, those on social media at least, are still considered not terribly so.

Advertisers in Germany decided to tackle the problem of ad blocking head on by taking Eyeo, the company behind Adblock Plus, to court. This avenue was shut down, at least in Germany, when the Munich court ruled that ad blocking was indeed legal.

The threat to mobile

If matters on the web were not bad enough, advertisers face an even bigger problem on mobile. Several telecommunications companies are in the process of deploying ad blocking software to their mobile networks. One technology that they are using is from an Israeli startup called Shine that works at the level of the mobile network to block ads.

From the mobile carrier’s perspective, advertising has been estimated to use anything between 10% and 50% of a mobile phone users bandwidth which ultimately the end user is paying for. Ironically however, the telecommunications companies are possibly seeking part of that income by forcing companies like Google to pay them a share for ads transmitted on their networks. Even if this doesn’t succeed, the carriers can switch on ad blocking to enhance the service for their users or charge them for an ad-free environment.

If ads are successfully blocked in the mobile world, which is seen as becoming the dominant platform for advertising in the future, Google, and others, contend that they will need to start charging for software that has been provided for free but funded through advertising.

From an end user perspective, moving from a free service to a paid one would actually be a good thing because it would make the relationship between the user and companies like Google more explicit. It is hard to argue that it is acceptable to secretly track users and capture their personal details when the user is paying for a service. Whether this model is going to be as financially lucrative for Google as selling ads is yet to be seen.

Advertising, even invasive and disruptive ads ones is not going to disappear overnight. In-app advertising provided on Android and Apple devices is going to be harder to block, even at the mobile carrier level. Advertisers will move increasingly to native formats which are harder to block. In the online landscape where competition is global and there are only a few gatekeepers who control the platform for advertising, it is hard to see how to arrive at a solution that will keep all parties in the equation happy.