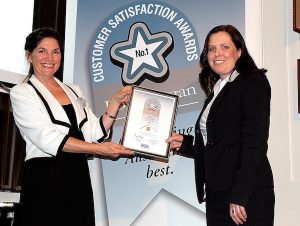 Last night saw the launch of Roy Morgan Research’s inaugural Customer Satisfaction Awards, with some interesting results. The list of 2011 award winners include names such as Qantas, ANZ and Westpac.

Michele Levine, CEO of Roy Morgan Research, says that the winners are leaders in their fields in terms of satisfying their customers, and that the importance of that is only increasing: “Customer satisfaction is more vital than ever in today’s age of social media, where the slightest negative customer interaction can literally be broadcast to thousands, virtually instantly.

“These Awards are based on proven, trusted data that is already accepted as the ‘currency’ in many industries. Unlike many awards, the results cannot be influenced by preselection criteria, like the businesses’ willingness to pay an entry fee.”

Lexus  –  Car manufacturer of the year

Qantas  –   Domestic airline of the year

Crowne Plaza  –  Hotel of the year

Autobarn  –  Auto store of the year

Katies  –  Clothing store of the year

The Good Guys  –  Furniture/electrical store of the year

Bunnings  –  Hardware store of the year

AMCAL  –  Pharmacy of the year

Williams  –  Shoe store of the year

Aldi  –  Supermarket of the year

ANZ  –  Major bank of the year

RACV  –  General insurer of the year

Apple  –  Mobile handset of the year

ActewAGL  –  Gas provider of the year

Beginning with January this year, the awards will also be awarded monthly, and can be tracked here.

Tags:
Previous Article
January retail sales buoyant but shoppers hold out for bargains
Next Article
Mobilising FMCG: how brands can engage beyond the app