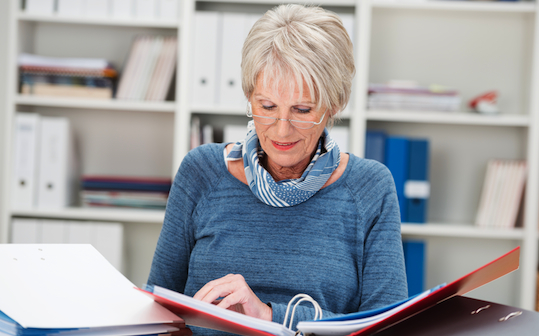 The days of retirement at 60 are becoming a memory for many, with 72% of older workers now willing to stay in the workforce for longer and 71% feeling optimistic about the idea.

These findings come from a new report from Financial Services Council and Commonwealth Bank of Australia, Older Workers Report 2015, based on a survey of 500 Australians aged between 50 and 74.

72% of respondents said they were keen to continue working regardless of their financial situation. But financial security is the most-commonly cited reason for wanting to work until later in life (61%). 23% said they did not have enough money to retire.

Other top reasons for working later include personal enjoyment, a sense of accomplishment, and freedom and independence.

The findings come following the Federal Government’s Intergenerational Report, released earlier this year, that outlines that Australians will continue to have one of the world’s highest life expectancy rates, with a projection that 40,000 people will be aged over 100 by 2055.

The Older Workers Report found one in three people between 60 and 64 expect to work for another five years, but just 10% expect to do so for another 10 years.

The report found age discrimination towards older workers more than halved to 13% in this survey. In 2012, the figure was at 28%.

Financial Services Council CEO Sally Loane says: “We are beginning to see a positive shift in how society and the workplace values older workers. Employers are increasingly embracing the unique skills and experience that older workers contribute and are introducing programs to train and retrain mature staff.”

61% have taken up training or upskilling services after being offered them at their workplaces. 41% expect to be paid the same as any equivalent employee.

17% of older workers have been made redundant since turning 50, with males more likely than females to apply for another job when this happened.

69% of older workers have not applied for a new job since turning 50.

Nearly half of the survey respondents reported experiencing no barriers to continuing to work.

65% of older workers are satisfied they have sufficient funds to retire, an increase from 50% in 2012.

55% would prefer to work part-time for the remainder of their time in the workforce. One in three say workplace flexibility will encourage them to continue working.

“Australians’ attitudes towards retirement are changing. No longer is the road to retirement such a defined path but providing older workers with the support and flexibility to continue working until the time is right for them to retire and for reasons they choose.

“Flexible working arrangements have played an important role in encouraging older workers to stay in the workforce, allowing them to maintain a healthy work/life balance and provide the freedom and financial means to attend to their personal and family needs.”