Adidas in the UK ran a competition overnight for the shirt off British Wimbledon finalist Andy Murray’s back in a grab for Twitter followers.

Adidas, Murray’s apparel sponsor, sent out a tweet asking people to follow their account and retweet the call for entries in order to go into the draw. A winner was drawn at 1pm UK time.

The account’s follower base has gone up to 81,985 as of this morning, local time. The competition approach has been found to be less effective on Twitter, with discounts and offers less of a motivator than they are on Facebook, according to a study.

However, this ‘money-can’t-buy’ prize appeared to gain a lot of traction for the brand with thousands of re-tweets generated. Murray fell at the final hurdle in his bid to become the first British man to win Wimbledon in 74 years, losing to Roger Federer in the final on Sunday night. 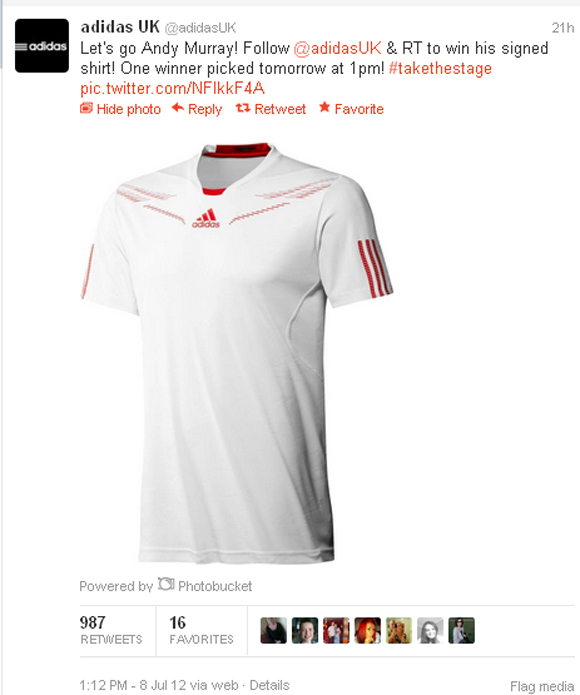