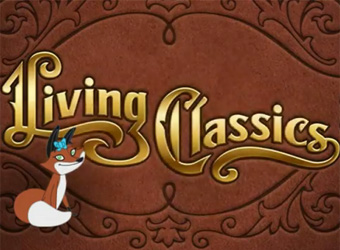 Online retail giant Amazon is set to vie against Zynga for a share of the social gaming market with the launch of its new department, Amazon Game Studios.

The new business division will launch its first title on Facebook, called ‘Living Classics’, on Monday raising the possibility of embedding products in the games it creates and engaging users with the Amazon brand in a new way.

The inaugural game makes links with literary works by challenging players to reunite a family of animated foxes ranging about settings from Alice in Wonderland, King Arthur, and The Wizard of Oz.

“We believe we can deliver a great, accessible gaming experience that gamers and our customers can play any time.”

Amazon has the capital and the online clout to disrupt the social games industry from small startups to established titans such as Electronic Arts, Douglas McIntyre of investment website 247Wallst.com told AAP.

“Amazon has the kind of fire power that allows it to dominate a market quickly,” McIntyre said. “Zynga has reason to be worried about Amazon Game Studios, but so does an entire industry that is still in its infancy.”

Tags:
Previous Article
Newspaper audit data: Digital up, but is it increasing enough?
Next Article
The secret to long-term B2B customer relationships