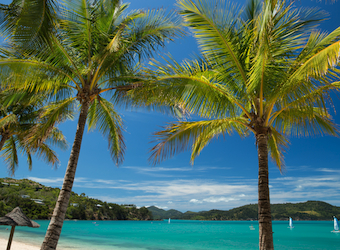 It’s the first time the social network has shifted outside of China and the third largest internet company in the world after Google and Amazon. Tencent’s QQ.com is the ninth most visited website in the world so traction for Australian is immense.

Branded the ‘Twitter of the East’, Sophie Baker, Hamilton Island’s senior communications manager, explains the strength of the social media superpower: “China probably has more social media users than Facebook has worldwide. With China’s social media market nearly at one billion users, mostly on mobile, we are honoured to be partnering with Tencent Weibo.”

Capitalising on the high-end travel market, it’s a huge win for Hamilton Island in a monetary sense as Tencent Weibo executive Ai Fang admits. “When it comes to luxury goods, unique and high-end experiences, Tencent Weibo’s hundreds of millions of users are highly engaged consumers with high spending power,” he says.

Tags:
Previous Article
Android continues to take chunks out of Apple, InMobi finds
Next Article
Coca-Cola is cutting advertising to kids in pledge to fight obesity