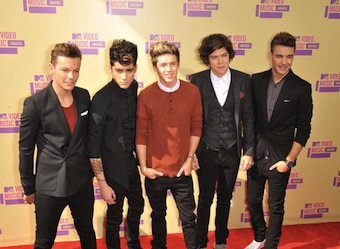 Coles is giving away 10,000 tickets throughout its stores for One Direction fans to see a Coles matinée concert in Sydney on 6 October.

Coles is the major partner of the One Direction Australian tour that is set to take place in October this year. The tickets to the matinée show will only be available to Coles customers.

Simon McDowell, Coles Group director of marketing, says, “One Direction is currently one of the world’s biggest musical acts, with an upcoming Australian tour that sold out in less than three minutes.

“We have a long association of partnering with bands at Coles, and we watched as thousands of dedicated Aussie fans missed out on tickets. It is great to be able to offer Australia the chance to see the live show and share in the excitement and phenomenon that is One Direction,” he says.

Coles has also launched a series of new advertisements in conjunction with the announcement, featuring a 30-second TVC as part of a wider print, in-store and digital campaign in the lead-up to the tour.

“We are passionate about building the most compelling, engaging and unique brand in Australia, and working with One Direction is just another step on that journey,” says McDowell.

The partnership was created with Nine Entertainment Co in conjunction with Modest! Management, which is bringing One Direction to Australia through its promoter business, Nine Live.

Tags:
Previous Article
The new issue of Marketing mag is on sale…NOW!
Next Article
10 myths about agencies from a former client