Collingwood: the brand that loves to be hated

Collingwood: the brand that loves to be hated 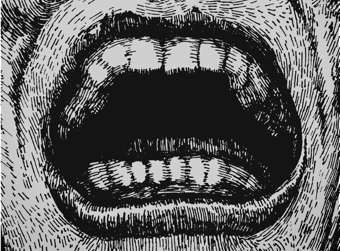 Like the colours covering its guernsey, the way Collingwood Football Club is perceived is starkly black and white – with love or hatred. But, that’s just the way the marketers behind brand Collingwood FC like it, to the point where playing off that theme of divisiveness has become a deliberate and central tenet of its messaging.

The Club has the highest membership in the Australian Football League (AFL), and is the most supported of any code in Australia. Followers span across the globe, are dedicated, and, in some instances, notorious for being outspoken and ferocious when it comes to their beloved Magpies.

But what the largest team in the AFL is probably best known for is being the team everyone else loves to hate – and that’s the way Collingwood likes it.

While it seems preposterous to think that a brand would go out of its way to be disliked, or even loathed by the masses, that is exactly what Collingwood is aiming for. And it’s working.

“There is no grey area. We don’t want to liked by everyone like some brands do,” says Collingwood Football Club’s CEO Gary Pert.

“I talk to a lot of corporate groups and people will say, ‘If you’re so good at marketing, why do we hate you more than any other club?’ and my reply to them is always, ‘Because you’re supposed to’.”

The rivalry the club creates week after week, with team after team, sees the players filling footy fields wherever they go, rain, hail or shine. Throw in a high profile and often outspoken president, a long list of players highly active and often inappropriate on social media and a fan club that are better known for their dental hygiene than their chanting and you’ve got yourself a match made in crowd-making heaven.

“Collingwood has working class embedded in its DNA (its fan base once included a vast number of Catholic immigrants and working class people), which has been consistently successful over the years, and which has flaunted its roots and its success with no apologies or restraint. That’s an explosive mix,” he says.

“So, mix together class tensions, tall-poppy syndrome and arrogance, and you have an explosive recipe for hatred from other football fans. Of course there are. Strong brands are usually built in the face of an enemy, centred around a deep antagonism.”

And antagonise they do. Pert explains that each interstate game is the perfect opportunity to generate a little bit more of the rivalry they spend so much time cultivating.

“We proudly want to be the club that everyone wants thier team to beat more than any other club. When we go [interstate], Collingwood will generate media attention and rivalry, so if you ask every supporter or every other club who is your number one rival club, it’s probably Collingwood,” he says.

“We manufacture that. There are times when we go interstate, we’ll say something in the media leading up to the game that club will respond to… it builds up the rivalry. We deliberately want to build the rivalry so all of their supporters roll up as well, and that makes the game bigger. It’s good for the competition.”

From a brand perspective, Putignano has nothing but praise for the club. “It has got a single-minded positioning, personality and a very rich underlying brand narrative that is all about ‘us against them’, he says.

“The club needs to be given credit for sticking to that narrative, even as the actual fan base and society has evolved, gentrifying and, if you can say so, getting smoother around the edges.

“They’ve brought that narrative to life in campaigns that are very dramatic, that are over-the-top in their adoption of warfare metaphors. Collingwood players, and by association their supporters, are portrayed as heroes, as martyrs. They are campaigns that ignite visceral emotions, that ask fans to make an unwavering commitment. That’s powerful stuff.”

And the power is proven. The Collingwood Football Club guernsey is the most valuable football asset in the country and the Club generates millions of dollars worth of exposure for sponsors Emirates and CGU. For a brand, Collingwood is illustrative of the notion that divisiveness pays. The harder the competitors (players, clubs, fans) hate, the stronger the love with which its met.

Tags:
Previous Article
Major Optus rebrand starts with website, a declaration and a noticeable lack of animals
Next Article
What’s in a name?