Critical factors in brand success: Radical transparency is the name of the game

Critical factors in brand success: Radical transparency is the name of the game 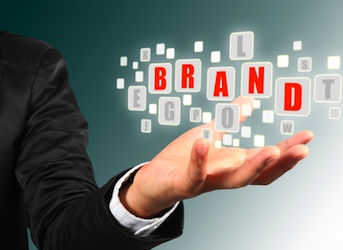 How a brand can differentiate itself from competitors, and win loyal brand followers, boils down to two essential elements, trust and dynamism, according to a recent study from Havas Worldwide. The study reveals that it is not enough anymore for companies to focus singularly on profit, as consumer’s value that companies deliver on past promises, and also make steps to ensure a better future.

Other key findings of the report included the value of “local” is tied more to actions than provenance and that an authentic brand history has the ability to boost a brand’s reputation.

Sarita Bhatt, director of global strategy at Haves Worldwide, says the study reveals powerful insight about brand strengths from a consumer perspective, “Truly dynamic brands—those that are authentic, purposeful, sociable, and useful—will be the ones that engage consumers and win their loyalty” Bhatt says.

David Jones, global CEO of Havas says, ‘This study adds further compelling proof that people today want businesses and leaders to be more socially responsible. They understand that business has to make money, but they want it to make money in the right way’.

Consumers taking to social media to highlight companies behaviour has created a new platform of consumer power, which Jones says, has made it all the more important for companies to need to make positive social and environmental changes.

“Social media has created a world of radical transparency and given people the power to hold companies accountable, to reward the brands that act responsibly, and punish those that don’t. The new price of doing well is doing good,” she says.

Phil Johnston, Head of Planning at Havas Worldwide Sydney says, “Among the many interesting facts, our research shows that two-thirds of the population are convinced they have more power today to punish a company that is behaving badly.  And they’re right, they do. Most however haven’t fully worked out how to apply continuing pressure that turns ‘flash-in-the-pan’ outrage into long-term improvement in corporate behaviour.  Fortunately, this is imminent and companies and brands seen to be doing the right thing will flourish; those only in it for the money will flounder.”