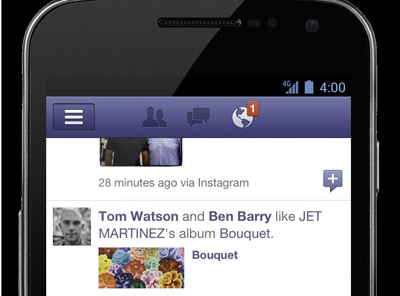 Facebook is moving to fix one of its biggest problems – finding ways to make money from its growing base of mobile users.

The social network last week said that it’s trying out a new mobile ad system and is calling on Facebook app developers to help out with the beta test.

“We’re announcing a new way for mobile app developers to grow their business with an ad unit that helps them reach and reengage their users,” Facebook Engineer Vijaye Raji said in a blog post.

“In the past 30 days, [Facebook] has sent people to the Apple App Store and Google Play 146 million times, via clicks from channels. Mobile ads are an additional way to drive people to apps.”

Industry analysts say it’s a good sign that Facebook is tackling the issue of mobile ads, but added that the company must move quickly to complete the test and get the system up and running – and generating revenue.

During the run-up to Facebook’s initial public offering, analysts and investors expressed concern over the company’s inability to generate significant revenue from the growing number of users accessing the network via mobile devices.

In fact, a comScore report released in May showed that more Facebook users are accessing the social network from mobile devices than from browsers.

Facebook acknowledged in a pre-IPO filing with the U.S. Securities and Exchange Commission that its “daily active users [are] increasing more rapidly than the increase in the number of ads delivered.”

In the filing, Facebook listed mobility as a “risk factor” for investors, and admitted that it had no way yet to monetize the mobile users.

“Facebook definitely has to do something to get some value out of their mobile user base,” said Gabriel Consulting Group Ananlyst Dan Olds.

“Facebook users are increasingly using smartphones to access their pages and, until now, Facebook hasn’t had much success in getting ads in front of those eyeballs.”

He also pointed out that the company has to walk a fine line to keep mobile ads from being too intrusive, which could drive users to other networks.

“This is a double-edged sword,” Olds said. “If the [ad] frequency is too high, users will protest and, over time, will use Facebook less on mobile devices. If it’s not frequent enough, then there might not be enough impressions to make it worth the money for advertisers.”

Enderle Group Analyst Rob Enderle was quick to point out mobile advertising is a problem for many online companies.

“The idea is to push icons onto the screen and then, when users click on the icon, they will be taken to a store to buy the application,” said Enderle.

“PC makers tried something similar and it was called ‘crapware.’ Buyers found it annoying. It caused support and reliability problems. Buyers began avoiding systems that had crapware apps.”

Facebook will have to find a way to keep their ad system from suffering the same fate, Enderle added. If they can, it could prove a boon to Facebook’s top and bottom lines, he added.

“If they use their knowledge of the user to present apps that the user wants but didn’t know about, it could work,” Enderle added.