After being announced at Facebook’s f8 conference in September this year, Facebook’s remodelled page format, ‘Timeline’, today began rolling out to users worldwide.

The feature represents a greater change than the tinkering Facebook has made in the past, by rearranging the user’s profile page to display top photos, posts and apps to tell their story. Facebook intends it as a way to digitally document your entire life, from birth to present, in a graphical, chronological display.

Via its blog, Facebook last week announced that New Zealand would be the first country to receive Timeline, with the global roll out taking place officially today. If you haven’t already seen it in the beta mode released to developers to gain feedback from advanced users, take a look at the concept behind it:

The big question raised by Timeline is how the move will impact on users’ already fragile opinion of Facebook’s privacy settings. The feature makes more personal information public, and when activated, Timeline automatically chooses milestones and other key content you’ve posted to display. However, removing items from the list is easy, and it is possible to make all posts friends only or limited to any friend lists you’ve developed. 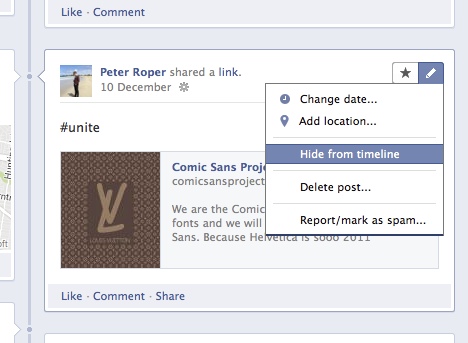 But as with any change to Facebook there are bound to be haters. Facebook, however, has taken a more proactive approach with measures to alleviate these concerns than in the past. When Timeline is activated by a user, there is a seven day period before it becomes visible for others to see. And the settings for removing items from Timeline and managing privacy are covered in introduction tutorials when the feature is activated.

A quick run-down on the Timeline format

Ultimately the change takes Facebook from being focussed on the here and now, to providing a more holistic picture of its members, while at the same time collecting more data for the social graph.

Tags:
Previous Article
The one question every marketer needs to answer
Next Article
Consumer confidence up or down? Rival measures disagree