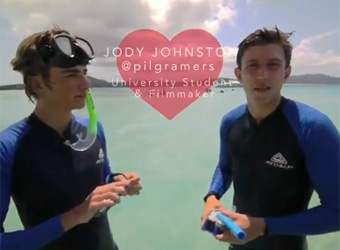 Hamilton Island’s ‘Ultimate Instameet’ generated 800,000 likes and saw over 50 photos of the island make the app’s feature page to appear before its 100 million users.

The global social media initiative, which brought together Australian and American Instagrammers to act as ambassadors for the island, created user-generated content from influencers that crossed over a number of social networks.

This type of content forms an important part of travel decision making behaviour, according to executive general manager of consumer marketing at Tourism Australia, Nick Baker. “The internet and social media has completely transformed the way we research, plan and book our travel,” Baker explains. “The destination marketers that are going to do well in this new digital age are the ones that are enthusiastic and ready to embrace this changing landscape by creatively integrating digital, social media and advocacy into their core marketing and commercial activities.”

Held in November and attended by bloggers and media personalities, including Australian fashion model Annabella Barber and Masterchef contestant Hayden Quinn, the event generated over 400 photos in one weekend alone, which attracted over 800,000 likes and 17,500 comments.

The combined reach of the Instameet participants totalled 815,000 while the campaign hit over 8 million people through other social media outlets, including Tourism Australia’s Facebook and Instagram accounts.

Since launching the Instameet last October, Hamilton Island’s Instagram followers increased by over 3000% while its Facebook community grew over 20%, necessitating the creation of a community manager role for the island.

“Social media has proven to be a cost effective way to reach a broad, yet targeted, socially-savvy audience,” Hamilton Island’s CEO, Glenn Bourke, says. “Through harnessing this potential imaginatively, we’re seeing significant increases in our global community of fans and advocates.”

The campaign spoke directly to the ‘belongingness’ layer of the social media community, adds Hamilton Island’s senior communications manager Sophie Baker. The belongingness layer is “the community layer of the individual, which is best served with rich content experiences that share stories and present opportunities to contribute to the experiences of others within the audience,” Baker says.

“This shift from transactional to contextual content not only increased the quality of individual brought to our audience, but also reinforced the shared sense of ‘buy-in’ required to unify and direct our audience’s attention in a sustainable way over time.”

The Instameet, which the team claim was a world first, will be repeated in May, this time inviting Instagrammers from the United Kingdom, as well as four Australian competition winners and new ambassadors.

Tags:
Previous Article
50% of companies will gamify innovation by 2015
Next Article
Traditional retail on life support, but omnichannel can help breathe new life