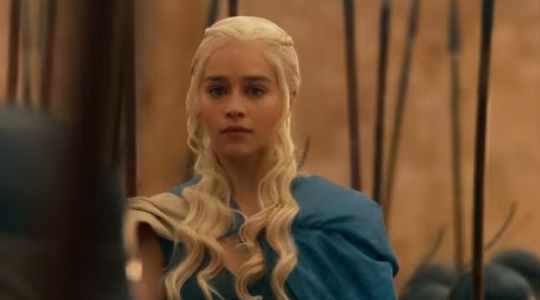 Ben Goldsmith, senior research fellow at Queensland University of Technology, how Foxtel’s future is set to be disrupted by online subscription players such as Netflix. This article was originally published on The Conversation.

If the experience in other major television markets like the United States and Canada is anything to go by, the omens are mixed for Foxtel.

In the US, the phenomenon of ‘cord-cutting’, or ‘churn’ – when a consumer cancels their subscription to a cable or satellite pay television service, often in order to take up cheaper ‘over the top’ services delivered online, such as Netflix, Amazon Prime and Apple TV – has attracted increasing attention in recent years.

The US launch yesterday of the stand-alone service HBO Now (initially available exclusively via Apple TV boxes) has increased the frenzy of reports on cord-cutting, and proliferated guides to ‘ditching cable’.

And yet while pay television subscriptions are falling in both the US and Canada, they are falling very slowly. One research firm has reported that the 13 largest US pay-television providers that collectively represent about 95% of the market, lost a total of 125,000 subscribers – or 0.1% of the total – in 2014.

In Australia, Foxtel reported in its half-year results ending December 31, 2014 that its subscribers rose by 118,000 to 2.6 million. This rise, while probably due to substantial discounting by Foxtel in the lead-up to the Australian launch of Netflix, more than offset a very high churn rate of just below 11.5%.

Despite Foxtel’s rise in subscriptions, its revenue growth was a weak 1.2% for the half-year, and less than 30% of Australian households currently subscribe to a pay television service. This proportion has risen very slowly over the last decade. In the USA, the equivalent figure is more like 80%.

The ‘glass half full’ take on this, represented by Telstra CEO David Thodey, (Telstra is a part-owner of Foxtel) is that the Australian subscription television/SVOD base is set to rise to approximately 70% in future. Thodey did not predict what proportion Foxtel would command.

At the end of 2014, approximately 40% of American households subscribed to an SVOD service, with Netflix by far the most popular.

In Australia, it has been reported that around 200,000 Australians have previously subscribed to the American Netflix service. Around ten times that number have reportedly indicated that they either already subscribe, or intend to subscribe to the Australian Netflix service. If this latter figure is correct, it is not far off Foxtel’s current subscriber base.

It is of course highly likely that many Foxtel subscribers are also subscribing to Netflix – at least during the latter’s initial first month free promotion. It will be fascinating to see whether Netflix’s numbers fall when this promotion ends.

And late last month, just as Netflix opened for business in Australia, Foxtel launched its new iQ3 set top box. Unfortunately for Foxtel, the box has been plagued with problems, much to subscribers’ annoyance.

All of these moves reflect the fact that Foxtel is not able to compete with Netflix on price alone. The new SVOD service’s basic offering costs A$8.99 per month, while Foxtel’s cheapest package is A$25 per month, which doesn’t include the new set top box.

Foxtel considers itself much more competitive in terms of content offered. Netflix’s Australian catalogue currently boasts about 1000 films and programs. This is substantially smaller than its offerings in the USA and Canada, leading the chief executive of News Corp (half-owner of Foxtel) to describe the Australian service as “slightly warmed-up leftovers”. This is both disingenuous, given Netflix’s investments in original content, and hypocritical, given some of the programs that fill Foxtel channels’ schedules. And further, takeup of Netflix to date suggests consumers are unconcerned.

Exclusive content is the main battleground, and Game of Thrones is Foxtel’s champion – for the next ten weeks, at least. Two years ago, Foxtel signed a deal with GoT’s producer HBO. This was soon followed by a landmark deal for first-release content with the BBC. And of course Foxtel also has a slew of sports content that Netflix cannot match, for the moment at least.

Neither should it be forgotten that Foxtel has its own VOD service – Foxtel Play – as well as Presto, a joint partnership with the Seven Network. In theory, Foxtel Play should be Foxtel’s trump card. Along with access to a huge back catalogue, the service also allows subscribers to watch live television online.

But the app that allows access to Foxtel Play on mobile devices – somewhat confusingly called Foxtel Go – is as buggy and unpopular with subscribers as the new iQ3 set top box. And judging by comments on the app’s page in the Appstore, and on Foxtel’s own Foxtel Go Community page, these problems are not new, and Foxtel seems unwilling or unable to do anything about them.

Foxtel has a number of advantages that should help it maintain its business for the time being. First, it has a large and still growing (albeit very slowly) subscriber base, which delivers a very healthy average revenue per user of around $100. However, high churn rates and the issues with some of its services and technologies suggest that subscribers are not all rusted on.

Second, it has an extensive catalogue of exclusive content, including an unmatched offering of sports programming.

Third, it is an innovator, brokering deals to offer its services through devices such as Microsoft’s XBox and Sony’s Playstation, as well as online. Its set top box technology, in theory, is top of the range, although teething problems have taken a bite out of the iQ3. It offered catch-up services online in advance of most of its competitors, but technological problems persist.

Fourth, it has the backing of two major players in the form of joint owners Telstra and News Corp. Neither of these behemoths are likely to see their offspring go down without a fight, and there are clear indications that they will do all they can to prop it up.

The ‘triple play’ deal leverages Telstra’s market power, with Foxtel also an integral part of Telstra’s T-Box service. And if Megan Brownlow, editor of PwC’s Australian Media and Entertainment Outlook, is correct in arguing that “This will be a marketing war not just a content war”, then News Corp will be an invaluable ally.

There are also several factors that play against Foxtel. First, its overheads are considerably higher than Netflix’s, given the technological infrastructure and support services that Foxtel must maintain.

Second, Australians are increasingly comfortable with VOD services. In research conducted prior to the launch of Netflix, over 50% of Australians surveyed reported regularly watching video online. 50% of those surveyed said that they would watch more content online if they had a faster Internet connection.

It will only be a matter of time before this changes. In its latest Internet Activity survey, the Australian Bureau of Statistics found that at the end of 2014, almost 99% of all Internet connections were broadband. Over 70% of broadband subscribers have a service with an advertised download speed above 8Mbps. While many still experience lower speeds, this is still more than sufficient to receive VOD services in Standard Definition.

There may be no ultimate victor in the new Game of Screens. But judging by the contestants’ moves, and by the audiences they are attracting, it will be compulsive viewing for some time to come.