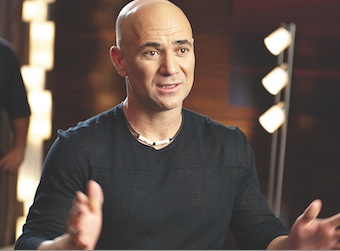 Jacob’s Creek’s popular Open Film Series will be Shazam-enabled to give Australians access to all of this year’s films as well as those from the past two tournaments.

In a campaign developed by media agency Vizeum, viewers who have Shazam installed on their smartphones or tablets will be able to use the app to access all three series of the short films featuring tennis great Andre Agassi. The feature will be accessible while watching the match on television or at the event via in-precinct screens in and around the courts.

Anne Martin, marketing director for Pernod Ricard Australia, said in a statement, “We are very excited to be delivering a highly innovative and first to market experience across both broadcast and in precinct for Jacob’s Creek around the sponsorship of the Australian Open. By Shazam-enabling the Jacob’s Creek Open Film Series, we are giving Australians of all ages the chance to see more of this year’s stories as well as some of the great ones from years past.”

The campaign will run for the duration of the Australian Open tournament.

Case study: The insights, execution and results of the Jacob’s Creek Open Film Series by CumminsRoss is available as a Marketing case study here »