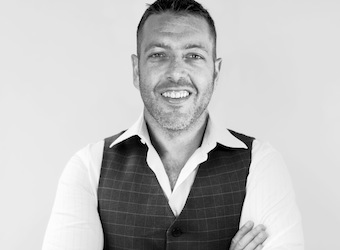 The more things change, the more they stay the same. For every wave of marketing and media tactics, from broadcast, to direct, social and now big data, the underlying goal has always been the same – build better relationships with customers so they buy more from you and stay with you longer.

But trying to define a relationship can feel like trying to define why you love your spouse – you can write a list, but at the end of the day, it’s somewhat insufficient. But as marketers, if we want to keep our seat at the table in an increasingly numbers-driven world, we need a better answer. For many pondering their future marketing strategy and how to translate micro numbers into macro strategy, it’s a scary prospect.

Net Promoter Score or the ‘likely to recommend score’ has gained a lot of traction in recent years as a predictor of future business success. As a measure of ATTITUDE it does well because it is relatively unambiguous and asks customers a question they can reasonably answer.

But the challenge with using that measure as the sole score of advocacy is that its relationship to present day results and behaviours can be a long bow to draw.

Relationship mapping takes a good attitude measure (like ‘likely to recommend’, but you could also use shares or likes for that matter) and cross references that with a customers HABIT. That measure will differ from industry to industry, but good examples are customer tenure, churn, multi-product holdings, frequency of purchase and so forth.

Overlaying the two creates a map that, combined with the hard metric of sales or share, gives an insight into the relationship that the brand or product has with its customers.

The application of the model can happen at three levels:

To kick off this new approach we partnered with independent researchers Stokes Mischewski to survey more than 2000 customers, and 200 brands in 14 different categories totalling more than 24000 responses, to prove the model. The results show a pleasing mix of expected results that prove the model is working and just enough surprises to deliver some fresh insight.

Exceptions to every rule:

Within the model, most industries behave as you’d expect them to. But exceptions abound, showing the ability to break the mould in even the most established of categories.

In financial services, banks , superannuation and payments have relationships that are primarily habit driven, but a notable exception is PayPal, who not  only has much stronger attitude scores, but even more so with the 60 plus. This is not surprising as it may first appear considering this demographic may place the greatest value on the online security the service offers as its key point of differentiation.

The players in the telco market have similar habitual or switching relationships as their counterparts in energy, rather than technology brands which have far more aspirant players. Here are the exceptions too. Amaysim customers are far more likely to recommend the brand highly, and Red Energy in a similar positive position in the utility sector. The latter has a strong focus on combining a clear value promise with a well-developed loyalty offering, and it’s clearly paying off.

It’s not simply a case of newer = better either. In the insurance market, Youi drives far more positive attitudes with its customers than say an entrant like Budget. Customer experience clearly matters.

While many companies have some form of segmentation strategy in place, proving the effectiveness of and value of those strategies is often more art than science.

But segmentation works. Within every segment skew witnessed, a quick check into the marketing tactics of the brand revealed clear explanation. The health insurance market is a great example of this. HCF drove far stronger relationships with the 60+ market: at the time of the study, they were the only brand that appeared to feature an older market in its promotions, and feature retirement lifestyles through it’s subsidiary,  Manchester Unity. And APIA is the poster child of the segmented approach, with some of the highest recommendation scores anywhere in the study.

Segment gaps also emerge, such as the lower recommendation scores Telstra gets from its female customers. Telstra is not short of female driven marketing promotions, but clearly something more fundamental may be required.

The tip of the iceberg:

Relationship mapping is deceptively simple. Deceptive in that getting the segmentation approaches and metrics for habit and attitude require a fair bit of crafting. But simple because, once that is achieved the very straightforward and is useful in both setting forward strategy, and tracking past initiatives.  It proves the power of experience and segmentation, and that when it comes to marketing, a relationships matter as much, if not more than they always have.