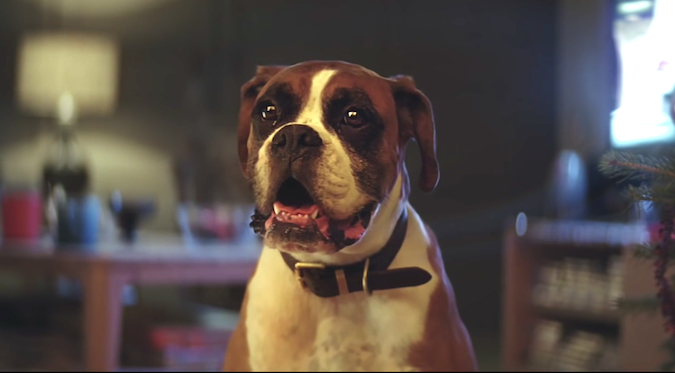 John Lewis’ ‘#BusterTheBoxer’ is the most shared ad of 2016.

Unruly has released its list of top shared ads of 2016, which is topped by UK retailer John Lewis’ ‘#BusterTheBoxer’ Christmas commercial.

The ad, which features an array of animals bouncing on a trampoline has been viewed over 20 million times on YouTube. According to Unruly it’s been shared 1.95 million times across social since launching on 9 November, making it the fifth most shared Christmas ad of all time, and John Lewis’ most shared ad ever.

The commercial with the most views was Nike’s ‘The Switch’, with 57 million. ‘The Switch’ has been shared 970,000 times.

A theme notices among the top ads by Ian Forrester, global VP at Unruly was escapism.

“Times have never been more uncertain. Video advertising once again reflected the wants and needs of society and offered a powerful route to escapism for consumers,” he says.

“The world’s best creatives have drawn strength from uncertain times.

The rankings are based on the number of shares that ads on Facebook and Youtube attracted across Facebook and the blogosphere. As such, they are a measure of the ad’s online buzz or virality, ranking ads by the volume of active pass-on rather than the passive, paid metric of video viewership.

Data was collected from 1 January to 29 November.

Previous Article
Conversation starters: the new microbrewery run by women with a refreshing message
Next Article
How to make a Christmas cracker of a campaign