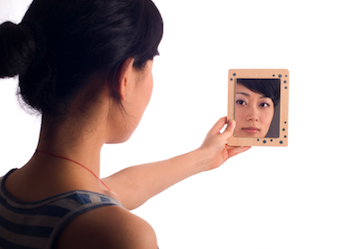 Despite having modest parents, the younger generation of Chinese is finding a voice on social media, from showing off and asserting their opinions to finding new ways to consume. Mathew McDougall looks into this cultural phenomenon.

The social cultural climate of China, much like many other nations around the world, is ever changing. While the generation born prior to the 1970s have a very modest outlook on life and collectively do not like extravagance, or at least publicly flaunting it, it would appear that attitude is not shared with the younger generation born in the 1990’s. This generation are associated with ‘shai.’ ‘Shai’ literally translates as ‘to show off.’ This is part of the social fabric for many young Chinese people who view it as a normal thing to do. The West is equally obsessed with showing off their lifestyle online. Being born in the 1990’s, I personally can identify with this mentality. Typical ‘shai’ behaviour includes sharing photos of your lifestyle, such as things you have bought or food you are going to eat.

Our generation enjoys showing off our lifestyle through social media. This is largely to do with the consumer society we live in which encourages us to spend. It is also a way of socialising and interacting with one another. By sharing our lifestyle online we are opening it up for discussion. If someone posts a holiday picture, then someone can say they have either been there before or are going, and a discussion can be started simply by one person posting a picture.

We can see the alarming rate at which society is evolving when we look at those born after the millennium. They have moved beyond ‘shai’ to asking their followers on social media to buy them things and, the most surprising thing of all, people are actually buying it for them.

This again could be attributed to the consumer society we live in. Given social media users born after the millennium are only 14 years old, or younger, they are still dependent on their parents for money. They, however, are exposed to the same pressure to consume as the rest of society. So, if their parents don’t give them what they want then they have to be imaginative in order to source their funds.

Most children under the age of 14 are active in social media. They are increasingly influential online and turn to social media to give them a voice previous generations simply did not have at their age. Young people are able to comment, like, share and create social media just like all other users. This gives them the power to be heard when in reality society views them as adolescents and often value their opinion less.

This group of children, however, are not only utilising social media to fuel their consumer lifestyle. More and more are turning to these sites to voice their opinion on serious social and global matters that effect society, including them. These voices, from individuals still too young to vote is a refreshing change and has opened up social discussions that includes a wider demographic who are becoming more openly opinionated.

So ultimately the power of social media reigns supreme. Age is not important online where everybody has a voice and the most influential social commentator could literally be anyone.