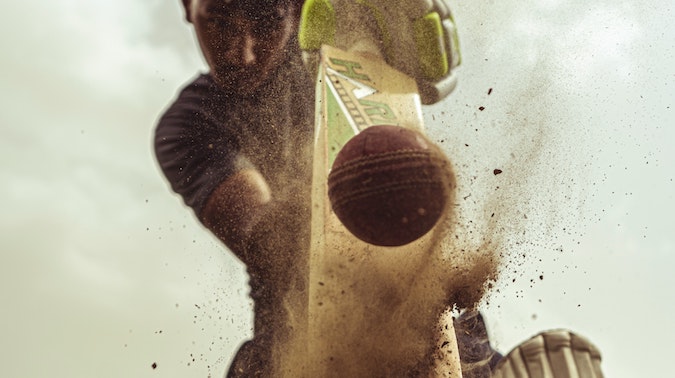 While social distancing and safety concerns have fundamentally changed the game, the appetite for consuming sporting content has only grown. James Peel considers the future of the industry, from streaming, to VR and AR.

Social distancing restrictions have made 2020 a challenging year for the sports industry, reinventing how fans engage with events, teams and individual players. For the broadcast sector especially, media owners, rights-holders and federations have had to re-evaluate how they reach audiences.

Whether dealing with the postponement of major events or live sport without spectators, media owners became more innovative about how to launch and evolve streaming services during 2020. Broadcasters reacted by creating new and engaging content strands to fill the void left by the cessation of live sport.

Archive content was reinvented to create nostalgic yet compelling programming, while newer genres like esports and lifestyle content attracted younger and more diverse audiences. Shoulder content continued to augment the live viewing experience, from Netflix’s Last Dance to Amazon’s fly-on-the-wall series All Or Nothing. Expect more of the same in 2021.

This trend has emerged to answer fans’ calls for engaging, quality pieces of programming that give them exclusive behind-the-scenes access to their favourite teams and players. Although audiences may be temporarily prevented from attending matches in person, their demand to be part of the action is louder than ever. As we move into 2021, it’s likely this trend will continue developing, even after stadiums reopen permanently.

Australia is renowned for its sophisticated broadcast market, but consumer receptiveness for subscription and OTT platforms remains on the rise. More than 60 percent of viewers watch sports content via an OTT or premium social media service, while the uptake of products such as the NBA League Pass and the NFL Game Pass have also proved the appetite for direct-to-consumer subscription services.

In addition, Optus’ ownership of Champions League and EPL rights has driven 860,000 active subscribers to its OTT service and its wireless access product, Optus 5G, has been rolled out to more than 650,000 homes. With market-leading internet speeds, this development in streaming services is set to enhance the fan experience for good.

In the broadcast space, meanwhile, there has also been a shift towards OTT and on-demand content. Following the flexibility offered by newer streaming players, consumers are increasingly expecting to only pay for what they want to watch, marking a key change to how linear sports content is traditionally packaged.

This year, for instance, Foxtel continued the migration of existing sports subscribers to its next-generation OTT platform Kayo, amassing a record 600,000 subscribers. Furthermore, Nine is slated to launch its live and on-demand streaming service Stan Sport early in 2021, on the back of recently signing deals with Rugby Australia and Wimbledon. Outside of incumbents, also expect a raft of new entrants led by the launch of DAZN’s (boxing led) global rollout.

The migration to OTT and subscription products will grow unabated, but this doesn’t mean linear sports packages will disappear, as average Revenue Per User (RPU) typically still outweighs that of OTT. For example, ESPN Plus’ 10 million subscribers pay an average of $4.54 USD a month, but some commentators say monthly subscriptions would need to be as high as $45 USD a month to match cable profits. It will be interesting to see what the optimal mix will be for Australian consumers, when subscription fatigue will set in and how manageable multiple services will be from a price perspective.

VR and AR are entering the field

As consumer preferences move to products and services that provide them with the most value, the sports industry will adapt to find new ways to engage them. Virtual reality (VR) and augmented reality (AR) are two examples of emerging technologies that offer a more immersive experience when viewing sports content. For example, when Jaunt VR debuted the VR 360 experience with Manchester City Football Club in the UK, it brought a new level of excitement and interactivity for fans and earned over one million views within days of its release. From meeting players, sharing historic team moments and virtual stadium tours – VR and AR technologies offer a new opportunity to bring the atmosphere of sporting events to fans’ homes worldwide. These experiences will become steadily more accessible, particularly with the emergence of 5G capabilities, which boost device interconnectivity and reduce latency. Streaming services that tap into digital reality’s potential will gain an edge over other players as the market becomes more competitive.

In the year ahead, it is likely fans will be rewarded with a full sporting calendar, which in turn will continue driving the growth of streaming services. As domestic broadcasters and new players enter the market, consumer preferences will no doubt dictate precisely what, how, and when they want to watch sports events. The industry will gain a better view of the best commercial mix for content, but new technologies are also set to add further value to the sports experience in 2021 and beyond.

James Peel is the VP of Dugout.

Photo by Yogendra Singh on Unsplash.

Photo by Taylor Smith on Unsplash.

Tags:
Previous Article
How to incorporate reels into your content strategy
Next Article
Five things that will shape social media in 2021