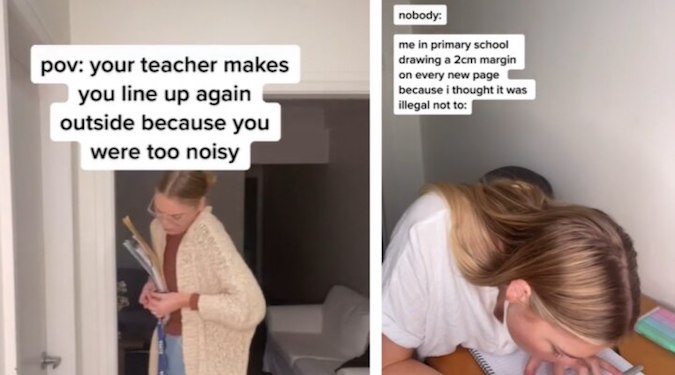 TikTok is taking Australia by storm. The social media giant is showing no signs of slowing, announcing its first ‘TikTok Creator of the Year’.

The Australian audience for TikTok may have joined the platform a little late, but they’re making up for lost time. And TikTok is celebrating the creators who have left their audiences crying, laughing, learning or being amazed.

TikTok announced its inaugural Australian ‘TikTok Creator of the Year’, and has chosen three finalists. The winner will be chosen by users of the platform, voting for their favourite creator.

The winner will be given $30,000 to go towards their chosen charity partner.

Millie Ford is the golden child of Australian TikTok. One of the most recognisable faces from the platform, Ford’s content has amassed 45 million likes and more than one million followers. Her content pokes fun at Australian mothers and teachers, giving a nostalgic laugh to those who relate to the characters.

Ford has partnered with the Australian Red Cross as her charity.

Part-time train driver and published author Nathan Lyons has captured the hearts of many TikTok users. Lyons’s content is about smart and simple recipes that feed his whole family for $8. Clocking up nearly two million likes, the creator has used his platform to secure a book deal about Indigenous Australian soul food.

Lyons has partnered with Food Ladder as his chosen charity.

Creator Walt has brought over 600,000 followers to his channel about the enchanting microscopic world. Scoring over eight million likes, his unique content has fascinated many as he looks at anything from water bears to bees and even bubbles under a microscope.

Walt has partnered with Australia for UNHCR for his chosen charity.

If you want to vote for your favourite creator in ‘TikTok Creator of the Year’, tune in. Each creator will go live and talk about why they want to work with their chosen charity.

The winner will be announced at the TikTok For You Fest on 8 December.

Previous Article
150,000 ice creams are being given away
Next Article
Mr Yum’s Kim Teo