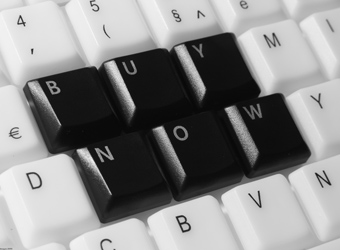 With the volume of content shared on Facebook having increased exponentially, not only is cut through for brands declining, but clicks on links shared by consumers have also plummeted, down 66% in the past year.

The finding, from a study of post-purchase shares on Facebook, comes as bad news for brands, in particular for retailers who are attempting to boost sales through ‘social commerce’ approaches that get consumers talking about products online or sharing links to retail sites.

The study, conducted on over 26,500 shares across multiple category verticals by social commerce platform Shopon, found that gaining traction from encouraged sharing of brand material, even when the share appears genuine and is in the consumer’s own words, is becoming increasingly difficult. Clicks on links posted to Facebook through Shopon’s platform, which incentivises customers to share products they’ve just bought as part of the post-checkout process, declined from 3.6 in May 2011 to 1.2 in May 2012.

Co-founder of Shopon and business development manager at digital agency Amblique, Andrew McCarthy, puts the cut-through challenge down to the wave of sharing buttons popping up across the web and services such as Spotify and social news readers.

“Facebook is telling us that more people are going on and sharing product and more people are engaging with their platform,” McCarthy explains. “They are, but that doesn’t mean [posts are] going to get more traction… the volume of content going through Facebook has increased exponentially in the past year.”

The May run of the study found that roughly 4% of people will share as part of the post-purchase process when offered an incentive, based on a sample of over 26,500 buyers who were offered a 15% discount coupon to share their purchase on Facebook. Of these, around 10,500 shared news of their purchase in their own words, driving almost 13,000 clicks back to the sites involved in the study and around 1100 sales.

Naturally, propensity to share was higher for some retail categories than others. The study picked out retailers in the electronics, pet supplies, fabric and fashion categories as examples. While average shares made to earn the discount coupon was 4%, the pet supplies category achieved shares from 10% of buyers.

McCarthy says the key to successful social commerce is finding areas where people have an affinity to share, but also getting the right people to share: “Social commerce is a game of psychology, not a game of technology. We can encourage them to share all we like but if they don’t think the topic defines them as a person then they’re not going to be inclined to share.”

People who have strong affinities around certain interests are both more likely to share and more likely to be influential when sharing about their interest, McCarthy adds. “When these type of people share through Facebook they have a greater conversion rate in driving people back through to the website.”

In order to get people to share their feelings on products, the reward for sharing, which could be a coupon or a social or emotional reward, has to be greater than the cost of openness and the effort required to complete the share.

The study also found that while it may be getting harder to cut through, social commerce performed well is highly valuable, and can drive much higher conversion rates than advertising.

Tags:
Previous Article
Horrific video shocks women about dangers of make up
Next Article
How to alienate your audience in one easy step