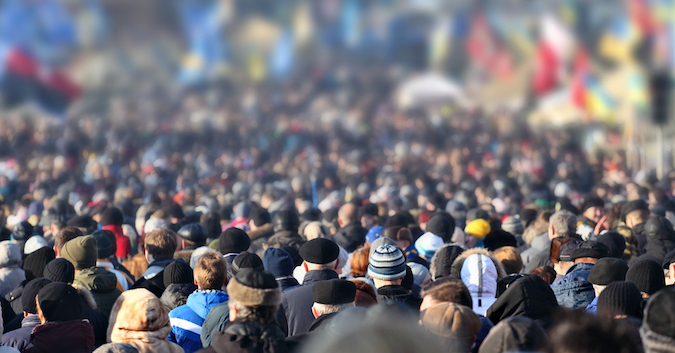 By enabling worldwide, instant and free communication, social media has been the launching point from which many social movements have gone viral. Manuel Cebrian discusses why something with so much potential has seen so many movements fade into oblivion soon after occupying our attention.

The golden age of social media coincides with a worldwide leadership crisis, manifested by our seeming inability to address any major global issues. These days, no one seems to be able to make issues popular for long enough to encourage society into action.

As a result of this leadership vacuum, social progress of all sorts seems to have become stymied and frozen. How can this happen in a time when social media, praised as the ultimate tool to raise collective awareness and mobilise society, has reached maturity and widespread use?

In recent years, we have witnessed social media playing a major role in social mobilisation events of historic proportions. There has been substantial emphasis on the role of digital social media platforms as the facilitators of these mobilisations. Data availability has made it possible, for the first time ever, to observe the evolution of events in greater detail.

The analysis of those events make it clear that political activists find it difficult to use social media to create mass mobilisation, and even when they do succeed, it is difficult to sustain the focus of the protest until it is able to mobilise politicians, institutions and society at large. As a result most of these events arrive, occupy our attention for a short period of time and then fade into oblivion with nothing substantial having ever been accomplished.

Coordinated collective action is a fundamental aspect of all collective intelligence and social decision-making processes. However, despite progress on understanding social mobilisation processes we are still a long way from developing a reliable, quantitative theory. We can predict the online spread of ideas and news, yet we lack the models to predict the behaviour change produced by this very same campaign.

There is an insufficient focus on the underlying incentive structures – the hidden network of interpersonal motivations that provide the engine for collective decision making and action. Motivation is a core player in forging commitments to go beyond the initial ideas to actually seeing them all the way through. A number of large-scale social mobilisation experiments have revealed the important role of incentive structures in realistic, adversarial settings. Incentive networks play an important middle layer between higher-order concepts such as ideologies and culture, and the digital fingerprints left by social movement in online digital platforms.

Ideologies and culture shape what individuals want to achieve as they go about their daily life, how they relate to each other’s well-being and how they help each other achieve these goals. This can be mapped into a network of incentives where each individual payoff depends on others. Incentive structures are shaped by more abstract underlying processes, but can be mapped quantitatively by these large-scale collective action experiments.

Who knows what the future holds for the next generation of social media.

Whatever it becomes, an underlying human motivational process will definitely have to be part of it. Because regardless of the technology, we’re only human and we connect to fulfil a very basic need; to interact with one another in a healthy society that we all have the potential to constantly improve. With a system that includes personal and collective motivation at its building blocks, viral campaigns would not only create awareness but also a sense of urgency to act as a community and solve matters in the real world.

These new positive symptoms would hopefully spread from one group of people to another and help break the feeling that virally liking and sharing issues alone will make them go away, because they won’t.

Purchase a subscription to Marketing in time to receive The Social Issue, for discussion, analysis and case studies on all things social